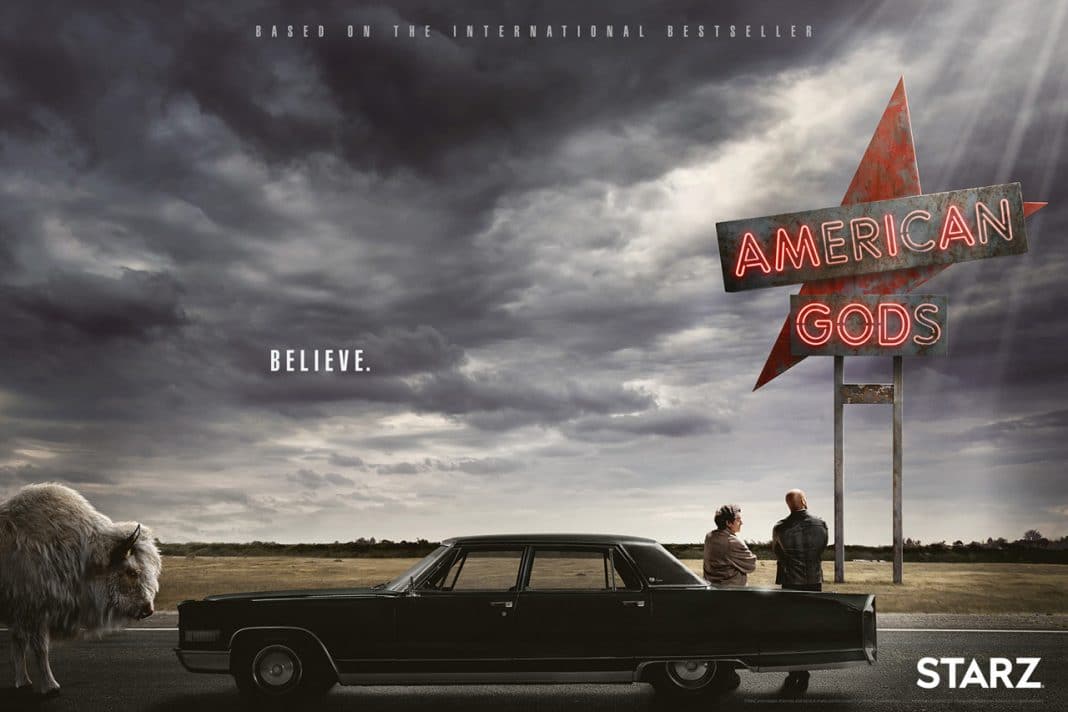 American Gods is a new TV series that’s based on a Hugo award winning novel by Neil Gaiman.  Like many  of Gaiman’s stories, American Gods is a unique blend of science fiction, mythology and action.  The plot revolves around an ex-convict with a murky past named Shadow.  After Shadow gets out of jail, he tries to settle down and live a normal life with his wife.  But when he finds out that his wife was killed in an horrible accident, things take a turn for the weird.  On the way to the funeral, Shadow meets a mysterious man named “Wednesday” that flips his life upside down forever.

The Onion’s AV Club gave its premier episode an “A-” rating, calling it “loud, lush and brazenly bloody.”  Other critics also gave the series praise.  Overall, the show currently has a 77 rating on Metacritic.

If you torrent American Gods or stream it from an unlicensed source, you may be putting yourself at risk.  To help you avoid trouble, we’ve taken a look around the web to find some completely legal and free ways to check out this hot new show. 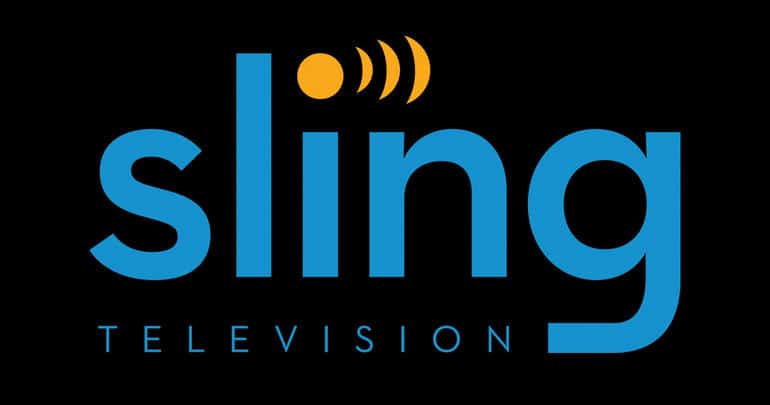 If you subscribe to Sling you can use it for free for 7 days, which is more than enough time to binge watch all the American Gods episodes.  And after you’re finished, you can cancel and pay nothing.

If you go with Sling, the channel you want to order is Starz.  Starz is the cable TV channel that produces American Gods, Outlander, Crash, Camelot and several other popular dramas.

How does Sling work?

Sling is a totally legal streaming service that allows you to watch paid cable channels online.  Unlike normal cable TV plans that force you to choose from only a few different expensive bundles, Sling allows you to pick and choose from various low-priced mini-bundles.

If you go with the $20 plan, you can upgrade to one of the themed “addon” plans.  For example, you could get the basic plan and then pay an addition $5 to get the “Best of Spanish TV” addon, which has Cbeebies, Cine Sony, and Galavision and 20 other Spanish language cable channels.  Comedy and Sports themed addons are also available.

Sling is compatible with almost everything

Another very attractive thing about Sling is that there’s no contract that locks you into staying with Sling after your trial is over.  Most big cable companies use a contract to force their customers to keep on paying.

The main complaint that Sling TV subscribers seem to have about Sling is the fact that its interface is somewhat crowded looking.

Here’s a screenshot of it:

The interface looks nice, but the thumbnails can slow you down when all you want to do is quickly flip through all the channels.

Unfortunately, Sling TV’s license agreements has forced the company to use geo-blocks to restrict content to the United States.  But if you use an American VPN server to access Sling TV, you can easily avoid the block.

Recommended Article: How to Watch Sling TV Outside the U.S.

For example, I’m currently located in Hungary.  So when I attempt to open the Sling TV website, I encounter this page:

But if I login while connected to an American VPN, I can get into Sling with no problem.

Pretty much any VPN will allow you to avoid geo-blocks.  However, the one we always recommend is IPVanish.  IPVanish has a huge network of VPN servers located all over the world.  And, they are all very fast.

If you want to get Sling but you live somewhere other than the United States, it may make sense to get an IPVanish subscription so that you can geo-hop your way into getting cheaper cable.

When most people think about paid streaming services, they don’t think about Starz.   Starz doesn’t have quite as much content compared to the industry leaders, but it does have some interesting shows and movies.

Like Sling, you can get a 7 day free trial of the Starz app, binge through every episode of American Gods and then cancel when you’ve seen all the episodes.  Or, you can stay on for $8.99 a month.

Other shows and movies you can watch on Starz

As mentioned above, Starz doesn’t have a massive content library.  However, it does have some very good stuff.  In addition to American Gods, these are the original series that are exclusive to Starz:

Hundreds of movies are available via Starz, including Star Wars: The Force Awakens, Avengers: Age of Ultron, Ant-Man, Inside Out, Guardians of the Galaxy, Cinderella, Big Hero 6, Fury, 22 Jump Street, Tomorrowland, Into the Woods, Annie, Pixel and more.

Starz is a nice little app with lots of content and some interesting exclusive TV series.  However, it doesn’t have as much content as Netflix.  What Starz does have, however, is American Gods.  Netflix does not.

If you live outside the US, use a VPN to login to the app

Similar to Sling TV, you can’t access Starz content without a United States IP address.  One easy workaround for this problem is “geo-hopping” with a VPN.  If you login to a United States VPN server, you’ll be able to use the Starz app without any issues or problems.

Yet another way completely legal way to watch American Gods for free is to stream it via Amazon Video.  If you haven’t done so already, you can try out Amazon Video for free with Amazon Prime.  The Amazon Prime trial period is 30 days, so that’s more than enough time to get caught up on American Gods.

Of course, during the trial you can also take advantage of all the other benefits of being an Amazon Prime member.  With Amazon Prime, you can:

After your trial period is over, you’ll have to pay $99 a year to keep Amazon Prime.  Or, you can pay $8.99 a month if all you want is Amazon Video.

Geo-blocked?  Use a VPN to logon to Amazon Video

If you live in a country that doesn’t have Amazon Video, just login to a VPN server that’s located in one that is.  You can use any VPN to “geo-hop” your way in.  However, as mentioned above the VPN we always recommend is IPVanish.  IPVanish has a trial period, so you can see for yourself if geo-hopping works for you risk free.  And if you use our link to sign up, you can get a big discount on IPVanish if you choose to keep it.

You may not get much use out of a full Amazon Prime membership unless you do a lot of shopping online.  Also, Amazon critics say that Amazon’s original series aren’t quite as good as Starz.

American Gods is available via Sling TV, Starz and Amazon Video.  All three services have free trials.  If you get one of the free trials, you can watch American Gods for free and then cancel once you’re finished watching.  Each streaming service we found allows you to cancel at any time during your trial and pay nothing.

Which method is the best?

We think that the best way to watch American Gods for free is via a free trial of Amazon Prime.  Amazon offers the longest free trial of the three.  The other services only give you 7 free days, but Amazon gives you a full month.  Also, Amazon Prime has a ton of great benefits that the other streaming services don’t offer.

After Amazon, Sling TV offers the best deal.  You only get 7 days to try out Sling for free.  But with Sling TV, you can tune in to watch American Gods live.  Or, you can also watch previous episodes.  Additionally, Sling TV offers a very attractive reason to stay on once your trial ends.  If you’re paying for cable TV channels that you never watch, you could save a lot of money by cutting the cord and switching to Sling.

Why you should avoid unauthorized streams

It goes without saying that the legal issues around streaming and torrenting are complicated.  Sometimes the streams of shows that you may find via various streaming software programs are legit, but often they are not.  Also, different countries have different copyright laws.  What’s considered legal in one country doesn’t necessarily guarantee that it’s legal everywhere.

To make things even more confusing for everyone, new court rulings come out every day that flip everything upside down.  For example, the European Union has recently decided that streaming unlicensed content is equally as illegal as downloading it.  Prior to this ruling, it was okay to watch an unlicensed stream in the EU as long as you did so in the privacy of your own home.

If you get caught breaking copyright rules online, you could end up having to pay thousands of dollars in fees.  American Gods is a good show, but it’s not that good.  If you’d rather not put yourself at risk, these three methods are worth checking out.