The Australian government is on a mission to stop torrenters.  In March of 2016, new draconic legislation forced Internet Service Providers (ISPs) to collect information about their customers for the government.  And this week, another new law has forced several Australian ISPs to block The Pirate Bay, Torrentz, TorrentHound, IsoHunt, and SolarMovie.

If the crackdown continues, future legislation could make it even more difficult and dangerous for Australians to torrent without protection.  Fortunately for internet users everywhere, Virtual Private Networking (VPN) technology provides a cheap way to browse the web in total anonymity.   Read on to find out how to torrent in Australia using a VPN service.

VPN technology in a nutshell

Encryption is the underlying technology that makes VPNs possible.  A VPN server uses encryption algorithms to turn the stream of information flowing in and out of your computer into a secret code that’s impossible for governments and ISPs to read.

Basically, a VPN service is the digital equivalent of a two-way mirror.  In a police station, detectives and police officers use two-way mirrors when they interview a suspect.  The cops can see through the mirror on their side, but when suspects look at it all they see is a reflection. 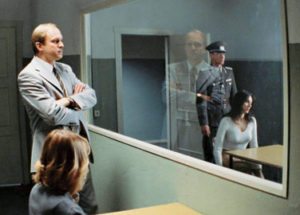 Once you log on to a VPN service, you disappear off the radar.  You can go to any website you want, even if your government disagrees with it and doesn’t want you to see it.  The freedom offered by VPN technology has already made VPN services popular in China, the United States and in other parts of the world where authorities have tried to actively monitor and control the web.

For best results, it’s wise to sign up with a VPN service with servers located near the place where you live.  The farther away the VPN server is, the slower your internet connection will be.

The VPN service that we always recommend to our readers is called IPVanish.  IPVanish has plenty of Australian servers and it is perfect for torrenters and video streamers.  In addition to securing your privacy, IPVanish also speeds up your internet connection.  The fact that IPVanish speeds up instead of slows down the web is one big reason why IPVanish recently made PC Mag’s list of the best VPN servers of 2016.

IPVanish has 29 servers in Sydney alone.  If you live closer to the south, you can sign in via one of IPVanish’s 2 Melbourne servers.  There are also 9 Aukland servers you can use if you live in New Zealand.

We recently partnered up with IPVanish to bring our readers a 25 percent discount on any IPVanish service plan.  All you have to do to get the discount is sign up for an account through our website. 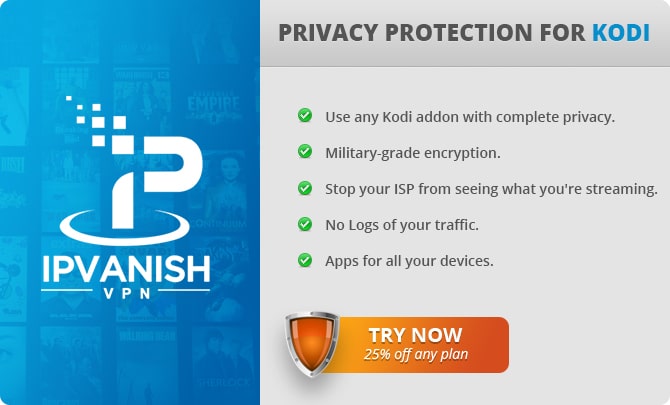 How to use a VPN in Australia

Getting started with a VPN service is easy.  All you have to do is sign up for an account, then download the software and log in.  VPN services send you a username and password via email when you register.  Generally, monthly VPN service fees range from 4 to 10 dollars per month.

Here’s a step-by-step guide for getting started with my personal favorite VPN service, IPVanish.

Normally you have to pay $6.49 per month to get IPVanish, but your AddonHQ discount lets you sign up for just $4.87.

The IPVanish site automatically directs you to the right page when you’re ready to download.  I have a Mac, so I landed on https://www.ipvanish.com/vpn-setup/mac/.  Just click the orange button to download the IPVanish installation file to your desktop. 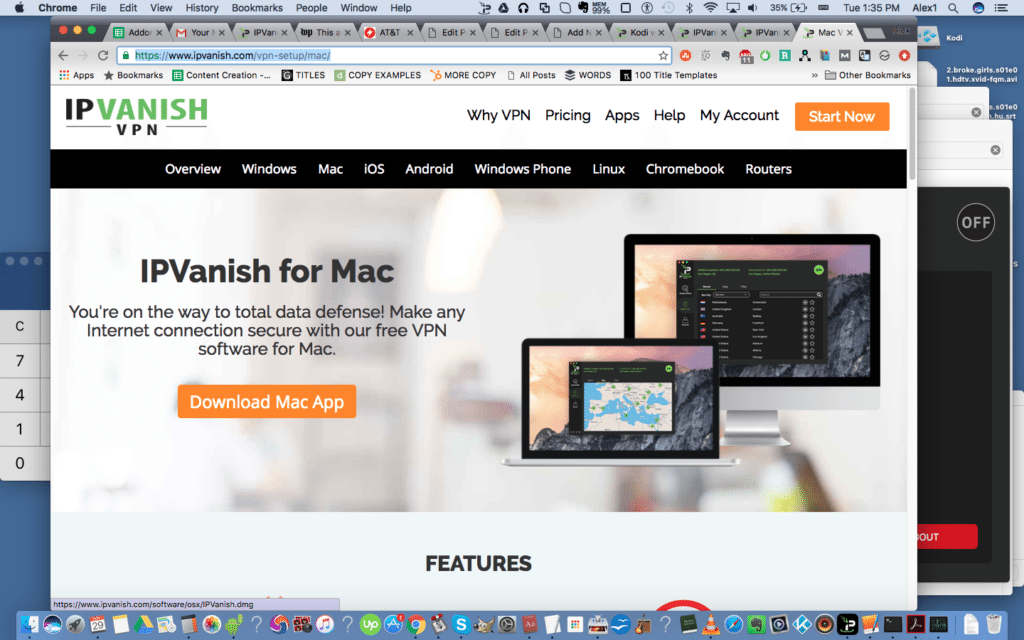 Installing IPVanish is super easy, especially on a Mac.  All I had to do was drag the program into my applications folder. 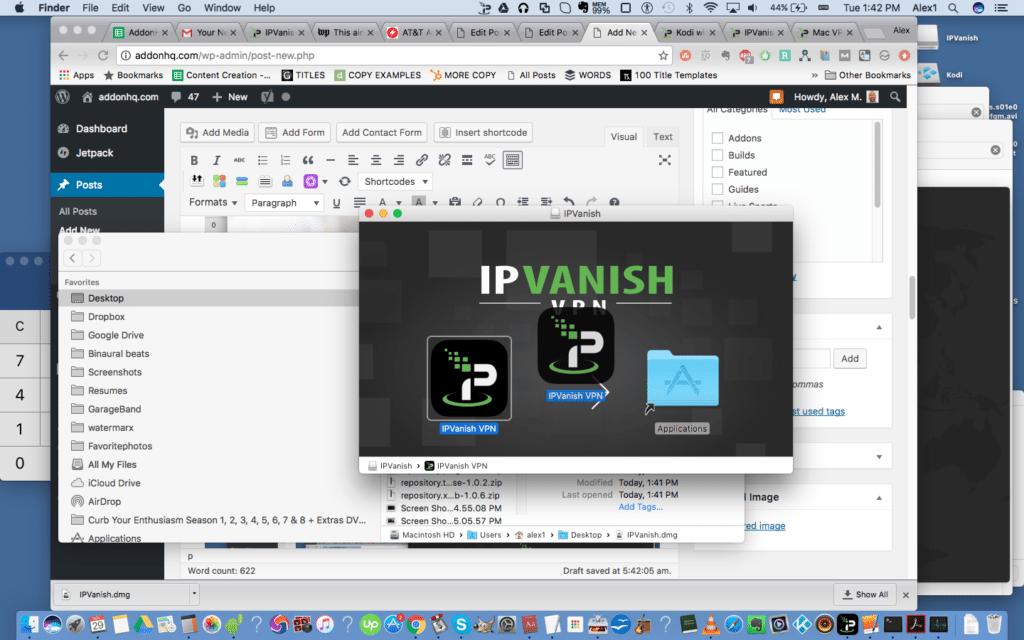 When the installation finishes, open up the program and use your login credentials to sign in to the IPVanish software. 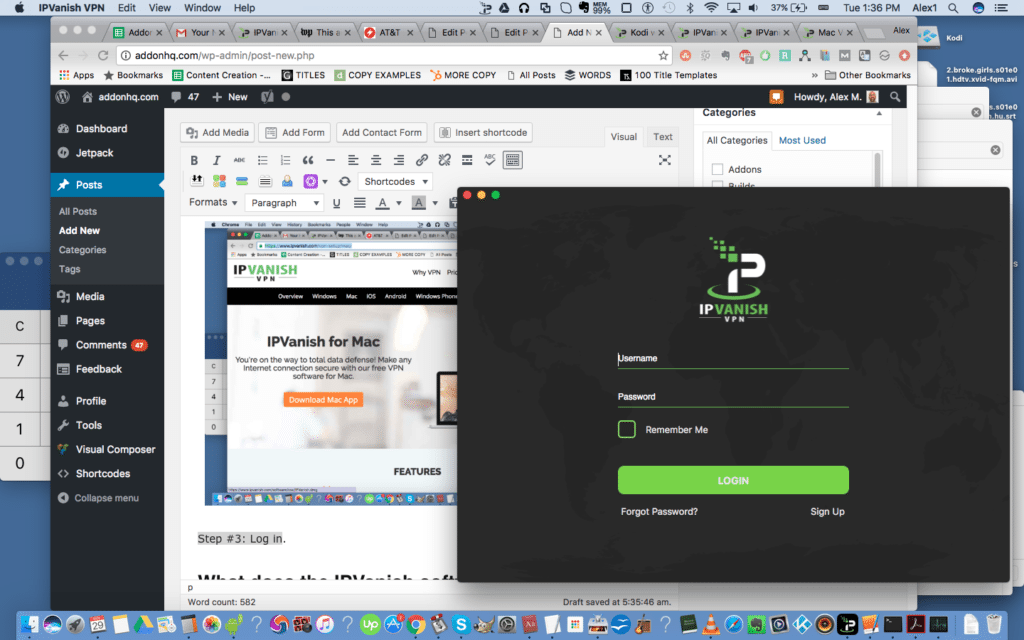 On the right bottom part of the IPVanish program you’ll see a list of countries.  Pull that up and select Australia.  Then, pick the city on the list that’s closest to your location. 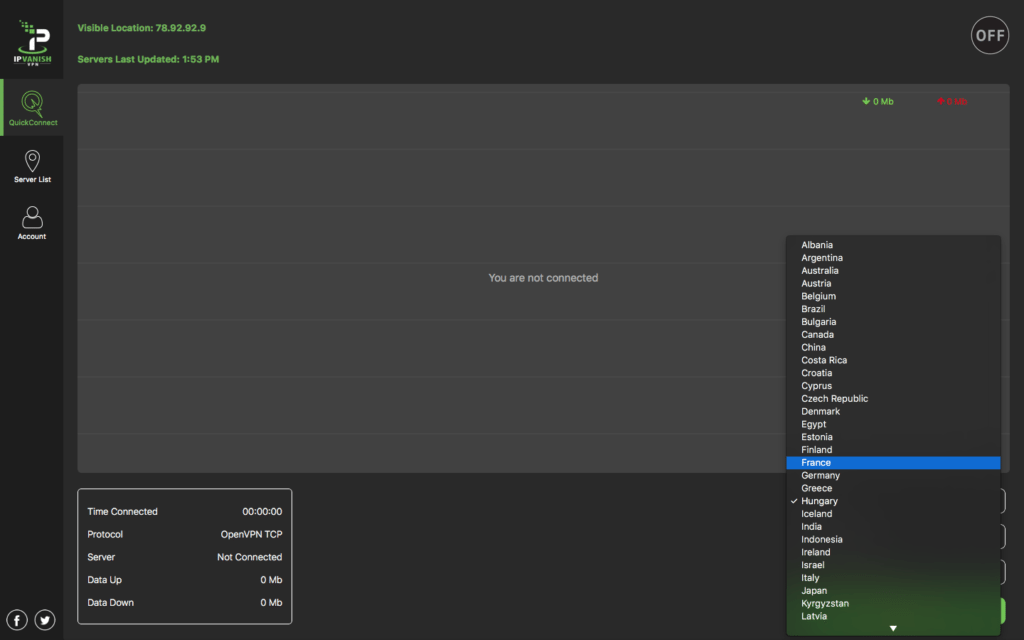 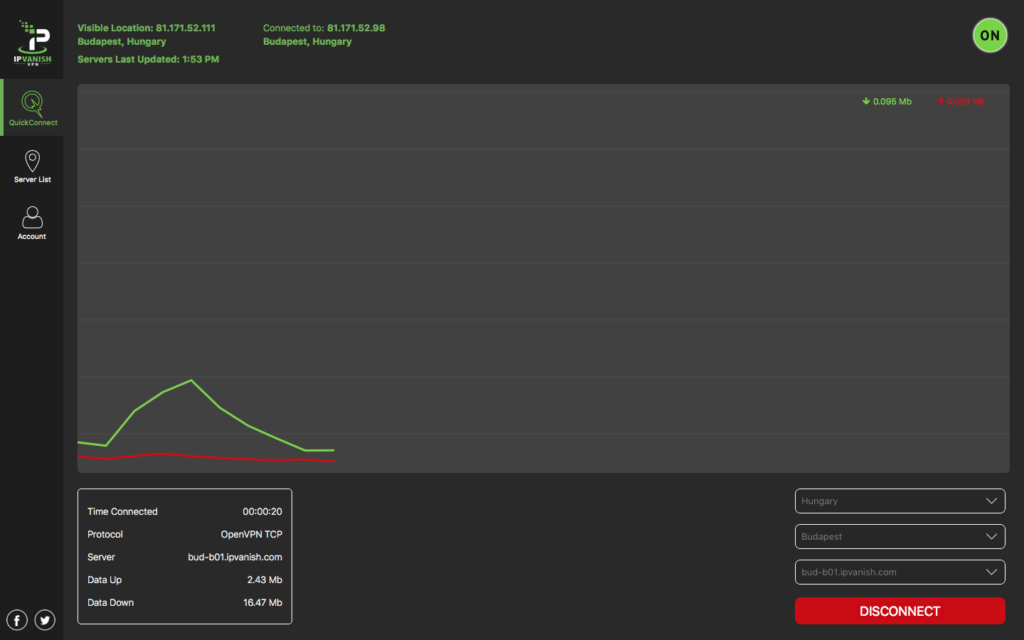 After you’re logged on, the upload/download graph will begin to run. Then, you can minimize IPVanish and go wherever you want to go on the web.

The huge spike in demand for VPN services have attracted the attention of scam artists.  For example, a VPN service called Hola was recently caught hijacking its customers bandwidth and reselling it for a profit.

Before you invest in a VPN service, it pays to make sure that it’s a legitimate one.  If Gizmodo, PC Mag and other popular and well-respected tech blogs haven’t reviewed a VPN service you’re thinking about investing in, you might want to reconsider your options.

Besides IPVanish, what other Australian VPN services are out there?

Before we decided to endorse IPVanish, we analyzed four other popular VPN networks.  If any of the below VPN services strike your fancy, click the link to read a detailed review.

Four Facts about the state of torrenting in Australia

If you’re confused about the legal status of file sharing in Australia, here are 4 facts that will help you quickly get up to speed.  For more information, follow the links back to the news sources at the end of each paragraph.

Australian authorities are working on an automated anti-piracy system

In 2014, the Australian government passed a law that required ISPs to start sending out warnings to pirates caught in the act of sharing copyrighted content.  However, in February of 2016 CNET reported that the plan fell through due to enormous costs associated with tracking down individual torrenters.   The price of sending out a single notice turned out be somewhere around $20.  However, the co-chief executive of the Australian media company Village Roadshow has promised that a fully automated anti-piracy system is on the way.

“When automation occurs, instead of costing AU$16 or AU$20 a notice, which is just prohibitive, it will cost cents per notice.”  Graham Burke, Co-CEO Village Roadshow

So far, efforts to control torrenting in Australia have completely neglected to take VPN technology into account.  In December of 2016, the Australian government placed blocks on several popular torrenting sites.  However, government blocks on websites have had no effect on VPN users.

“We don’t know what the blocks are gonna look like in Australia but the technology that we have already works in terms of bypassing the country firewall in China and it also works for the blocks that are in place in the UK,” founder of Vanished VPN, Phil

Attempting to Block a torrent website is like playing whack-a-mole.  Governments can block or shut down websites, but the owners of the sites can easily get back online by setting up a mirror site.

In 2014 Australia’s largest ISP Telstra revealed that in 12 month’s time, the company gave information about its customers to government agencies 75,448 times.  The information was handed over without a warrant.  The data requested could have included the date, time and duration of internet sessions and even email logs.

One reason for the recent crackdown on file sharing in Australia could be that torrenting is very popular there.  In April of 2014, TorrentFreak took a look at the IP addresses of the people that were sharing the Game of Thrones premier 12 hours after its release.  11.6 percent of the IP addresses turned out to be Australian.  The United States finished in second place, with 9.3 percent of the total IP addresses.