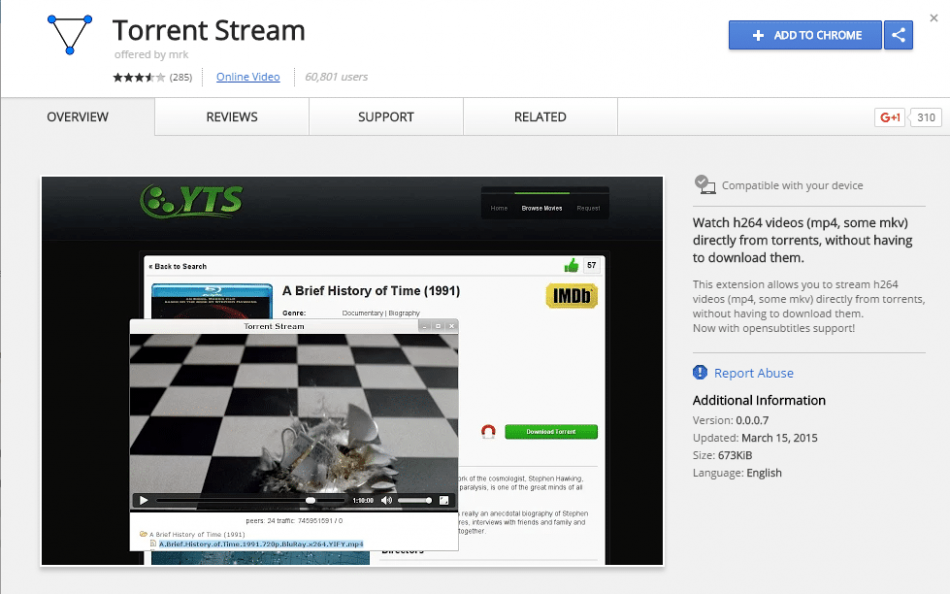 Torrenting continues to be one of the best ways to share files. Part of what makes torrenting work is its use of “peer-to-peer” sharing– where everyone on a network who shares bits and pieces of the files to other users. When you share files through a torrent, the process is known as “seeding.” However, sometimes you may want only to download files. If you’re looking for how to torrent without seeding, you can use a few easy methods to stop the flow of information.

Below, we’ve provided a quick how-to guide for those looking to torrent without seeding. Our guide will give you a walkthrough on how to stop seeding using different programs and clients. In general, however, you can avoid seeding in mostly the same way with almost any torrent client.

A Quick Review of Torrent Rules and Etiquette

There are several reasons why you might want to torrent without seeding. There may be times where you’ve torrented video files that you don’t want shared to the entire network. You may also be seeking to avoid seeding in order to avoid getting your bandwidth throttled by your ISP. For example, if you’re downloading and uploading a large number of video files, you ISP may trigger a slowdown on your bandwidth due to the high volume of traffic.

Most reasons why you want to avoid seeding can be avoided with a VPN. When you torrent through a VPN, your unique IP address is anonymized through the VPN. Your ISP will not be able to determine where you’re connecting to as well, and anyone on the torrent network will not be able to trace any activity back to you.

Nevertheless, it’s good to know about torrent rules and etiquette before you decide to use any of the below methods.

Torrents use what are known as “peer-to-peer” networks. These networks function by having everyone in the network automatically the files they download, as they download them. With torrents, as you download the file, you also start sharing the parts that you’ve downloaded. This is known as seeding. The more seeders there are for a file, the faster the download speed is for everyone on the peer network.

Most torrent sites have very strict rules about seeding. If you are leeching, you’re generally required to seed as well. Otherwise, you’re negatively referred to as a “leech,” e.g., the waterborne creatures that suck the blood from other animals and give nothing back. As torrenting is about a symbiotic relationship between peers, leeching is looked upon very negatively within the torrent community as it’s a drain on the system. After all, if everyone downloaded but never seeded, the system would completely crash.

Before becoming a “leech,” it’s important to understand that your activities may result in you getting banned from some torrent networks. Additionally, some P2P networks and sites employ a few methods to determine your “ratio,” which is how frequently you and upload. A bad ratio may get your kicked from a P2P community, in which they’ll block the IP address you’re using. Some sites require you to register and create an account to access files, which is one method to more easily identify any users who are leeching.

How to Torrent Without Seeding

The following three methods should help you torrent without seeding. If you have found a method not listed here, feel free to leave us a comment in the comments section below!

Change Settings in Your Torrent Client

What this will look like might vary, depending on your torrent client. However, the goal here is to change your settings so that your client will effectively not transfer any data to any peers.

Here’s how to accomplish this task in the popular torrent client, uTorrent: 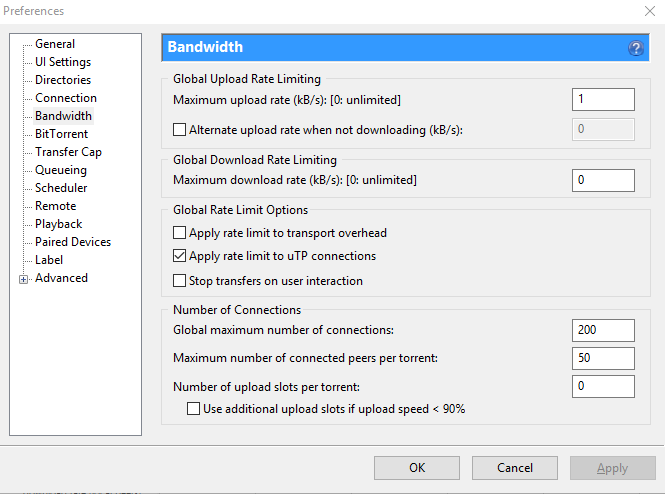 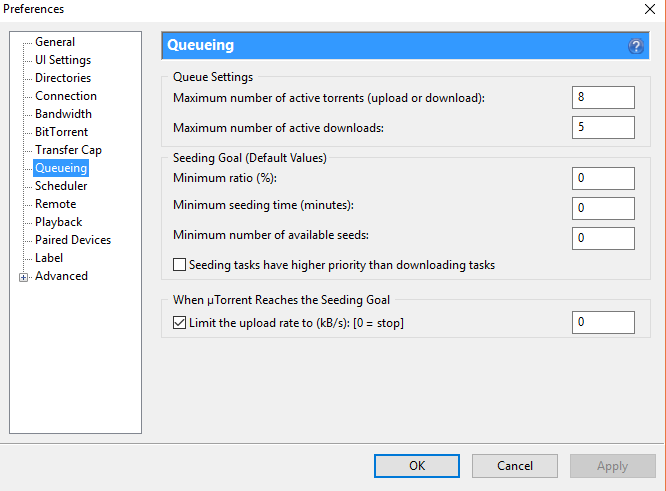 You are now done! The above steps will disable your minimum upload/download ratio, prevent you from providing available seeds to others, will cut off your upload slots, and will slow any seeds that still get through to only provide a trickle of bandwidth.

As you can see from the example images below, the data tracker at the bottom shows that I have little to no data going out:

This is true even with fully downloaded file that would normally start seeding automatically.

BitThief is a somewhat complex program in how it works. For your average user, the important thing to understand about BitThief is that it allows you to download torrents, but completely blocks any upload requests from the torrent network.

Before using BitThief, users should know that BitThief is a somewhat older program, and not particularly well supported. You may also encounter some usability issues with the software. In a 2007 review of the software, TorrentFreak noted some of those issues, which included torrents that simply failed due to the large number of requests BitThief sends out, which can crash the torrent.

BitThief was started as more of a research project, which is partially why the program is not as well supported and may or may not work, depending on your operating system.

The group behind the program describes how BitThief accomplishes this method in this 2006 research paper.

While TorrentFreak found that BitThief’s method for blocking uploads crashed their router within 4 seconds, the Distributed Computing Group who created the program reported in their tests that they were able to download live torrent files with minimal problems, only experiencing some issues with slower speeds in a few cases.

Our test on a simple, freely-available file showed that the client does indeed work. Additionally, it provides you with a fair amount of information on the torrent you’re downloading. The client is simple to use otherwise. All you’ll need to do is acquire the magnet link from the torrent site of your choice, plug it into the client under File > Magnet URL, and it will start the process automatically.

We did find that there were noticeable hiccups in the torrent process, as the client stopped leeching on several occasions. However, it picked up back up continued the process. In general, BitThief will do best with files that have a lot of seeders.

Unfortunately, Torrent Stream only exists as a Google Chrome plugin, although you can use it on the Opera browser using Opera’s Chrome extension.

Torrent Stream is somewhat limited if you’re looking for a wide variety of files. For example, if you’re trying to torrent image files, you’re not going to be able to use Torrent Stream. Additionally, if you’re actually looking to download the files you’re torrenting instead of just streaming content, then you’re going to want to utilize a different torrenting client.

Reasons to Torrent Without Seeding

There are many reasons why you might want to torrent without seeding. These can include:

Let’s look at why each of these reasons holds value.

One major concern with using a torrenting site is with privacy and security. When you use a torrent site, you’re not only sharing downloading data, but also sharing it. This exposes your IP to everyone on the network, who can see what kind of activity you’re engaging in, as well as any files you’re sharing or downloading. Unless you’re protected properly, someone on the network may be able to acquire your IP address and use that information to locate your real identity. Seeding only increases that exposure.

One clear solution for this is to utilize a VPN while using a torrent service. However, to better limit your privacy concerns, decreasing or eliminating seeding can help reduce your presence on the torrenting network.

The privacy concern extends beyond just individuals on the network. If you’re concerned about others using the torrent network to spy on your internet activity (including your ISP), you’ll better your chances of keeping a low profile if you use a VPN alongside reducing or eliminating your seeding. In some cases, ISPs will throttle data if they see you are using a torrent network at all, a problem that can also be solved through the use of a VPN.

Alongside keeping your torrenting habits more private and reducing your torrent presence on the network, your seeding habits may draw the attention of your ISP. Heavy torrent users have been known to have their speed reduced by their ISP.

By its nature, a torrent will make you a far heavier data user than if you were just downloading. Your uploading and downloading activities will increase the load on the ISP’s network. Depending on your ISP, this may trigger significant throttling. In extreme cases, your ISP may send you warnings about your data usage habits.

If you torrent without seeding, you’ll ensure that you reduce that presence, making it far less likely that your ISP will throttle your speeds.

Is torrenting legal? This is a bit of a difficult question to answer at times, as some aspects of file torrenting are legal and some are not. Much of that has to do with your country or origin, what files you’re downloading, and whether or not you’re uploading anything.

For example, torrent streaming of copyrighted material is considered illegal in the US. However, in the US the law is particularly unclear as to whether torrent streaming that does not involve seeding is also illegal. However. A representative from the Electronic Frontier Foundation noted in 2009 Ars Technica article that both downloading and sharing were illegal. However, torrent streaming only involves keeping pieces of the file temporarily in cache, and not continuously. At no point do you have the entire file, making the law a bit unclear.

In countries like Canada and the UK, the law is a bit more clearly in favor of torrent streaming as legal, with seeding of illegal copyrighted material almost always considered illegal in every country. The entire subject, however, is hotly debated even now.

In general, torrenting is legal. However, issues arise when users attempt to download copyrighted content. Even bigger problems exist for those who also seed copyrighted content as well, something that many torrent users may not realize they are doing.

The legal risks, particularly regarding seeding, are why many users many want to consider torrenting without seeding.

To learn more about torrenting, including privacy concerns and legal issues surrounding torrenting, check out our article on How to Stay Anonymous While Torrenting.