It’s safe to say that you probably have either a Roku or an Amazon Fire TV device for streaming at home. How do we know? The data. 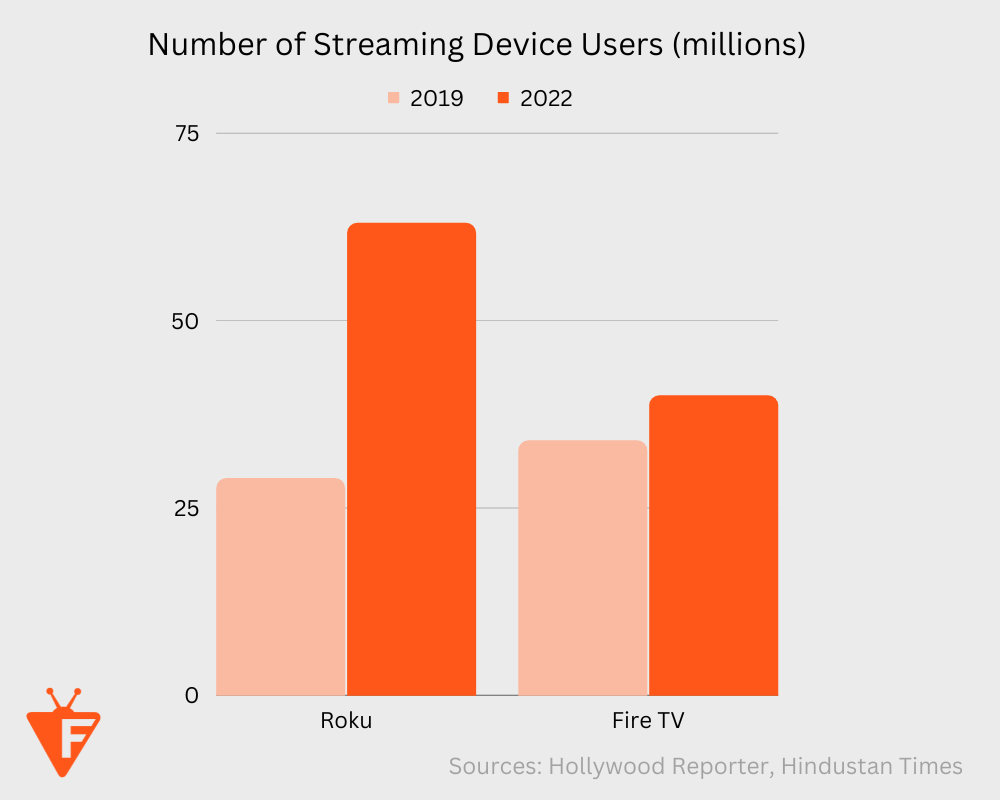 Sources vary, but back in 2019, Roku and Amazon Fire TV commanded around 80% of the set-top streaming device market. Since then, their numbers have only grown. If you take a birds-eye view of the cord-cutting device scene, all you’re going to see is a sea of purple (Roku) and orange (Amazon).

As far as who’s winning in market share between the two, there’s no clear champion. Not that it matters. But there are some clear concerns with their domination: Markets effectively controlled by only two players (known as a duopoly) tend to mean fixed prices and almost non-existent options.

Of course, you could just buy a used Android streaming box, but we wouldn’t recommend it. With the exception of the extraordinarily pricey Nvidia Shield TV, none are really worth it. So, in that case, which is better, Roku or Amazon Fire TV?

Roku vs Fire TV in 60 Seconds

These devices are largely pretty similar, making it a more subjective choice of what you prefer. That said, there are two easy ways to compare them: by price and by feature.

Roku’s base prices are slightly cheaper

If you’re all-in, however, you could get a $179 Roku Streambar Pro which combines a sound system and streaming device into one. And of course, there are plenty of Roku-enabled smart TVs where costs can go into the hundreds of dollars, as well.

On this end, Roku wins out (barely) for entry prices, but loses out on pricing for its top-level device. Nevertheless, the Soundbar Pro and the Fire TV Cube aren’t exactly equivalent devices, so it’s not really an apples-to-apples comparison.

On top of that, Roku’s Lost Remote Finder—available with its Streaming Stick 4K and Ultra—is a godsend if you’re a forgetful person or someone with kids/mischievous pets, and will save you from having to replace a lost remote that you’ve literally been looking for for months. I mean, come on, where the heck is it?? (Sorry…that one’s personal.)

There’s no clear winner on price, but if you’re obsessed with feature-rich products, Roku has a definite edge.

Our takeaway: Both devices have their draws

We know, we know. Everybody has their favorite! For what it’s worth, though, I own both and use both regularly. If I were buying a Fire device, I’d opt for the Fire TV Cube. The Fire TV stick tends to get sluggish when it has too many apps and the UI is a bit clunky.

The Roku, on the other hand, is snappy and easily navigable with its UI, but it tends to crash. But these are just my thoughts. User experiences will vary.