Stuck trying to figure out how to bypass ISP throttling? We’ve got the answer: A good VPN service! The Internet is all about data, and unfortunately, much of that data is getting throttled. Because some websites tend to require more data from users (Netflix, Amazon Prime, HBO Go, Hulu, BitTorrent, etc), many ISPs around the world will detect when you’re using these websites and throttle your data connection. The result is rather clear: more buffering and headaches for you, no consequences to your ISP.  Most VPN services, such as IPVanish, will help you get around the vast majority of ISP throttling methods.

How to Bypass ISP Throttling with a VPN

ISPs look for several factors when determining if they’ll throttle your data:

Most of these relate to identifying where your uploads and downloads are going to and coming from. For example, if the ISP sees that you are connected to Netflix, they may have software in place that automatically throttles your data after you’ve been watching for a certain amount of time. Similarly, if you are using a torrent, such as BitTorrent, this may also trigger the system to slow down your bandwidth usage.

VPN services like will prevent this from occurring by masking where you’re connecting to. All your ISP will be able to see how much data you’re using, but not where those uploads are going to, or where those downloads are coming from. VPN services like basically make it so that your ISP’s primary methods for throttling your data don’t work. Given that these systems are automatic, as long as the ISP’s software can’t determine the address of the data connection, it won’t automatically kick in the throttle. IPVanish provides a helpful graphic of what this looks like:

It’s important to note, however, that a VPN won’t bypass all types of ISP throttling. Even when you’re running everything through a VPN, you’re still utilizing data. Some ISPs may still impose throttling on heavy traffic users without regard to how that data is getting used. Most ISPs avoid blanket throttling, however, as many businesses small and large utilize heavy amounts of data. Throttling would lead to major network problems for them. Given that most customers can choose to go to another company, blanket throttling is generally not feasible.

Why We Recommend IPVanish for the Job

There are a lot of VPN services out there. We at AddonHQ have found particular value out of IPVanish for a host of different reasons, including to avoid ISP speed throttling.

IPVanish provides you with:

IPVanish has an extremely simple and efficient layout: 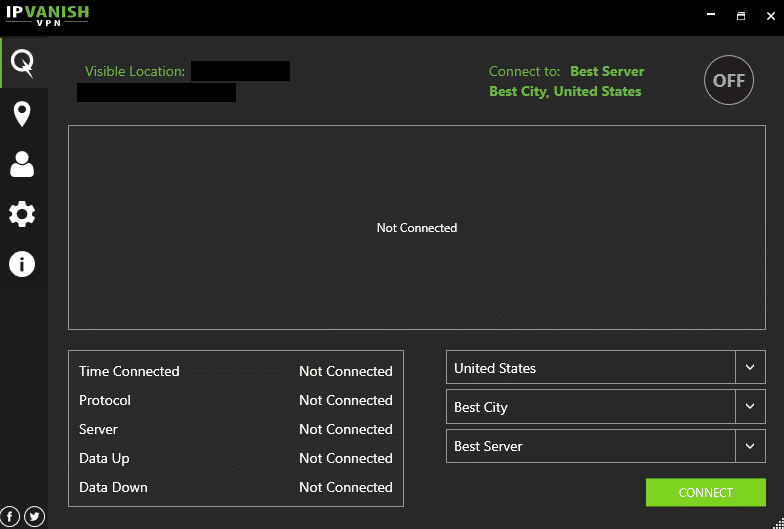 Simply select the server you want from the drop-down menu, or choose from a list or servers or even using a map of all servers: 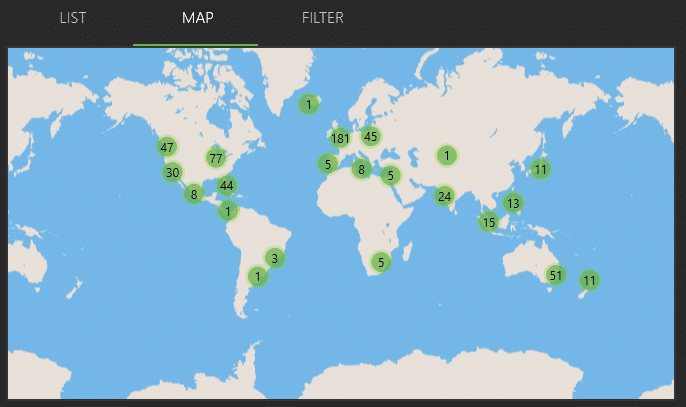 If you have a server you like and regularly use, you can simply keep those settings there and click the top right “OFF/ON” button to make things quick and easy.

You can also adjust the protocol type. This will ensure that you can get the most out of your service. As all VPNs use high-level encryption to keep your anonymous, there is always a noticeable decrease in upload and download speeds. We’ve found that IPVanish helps maintain the integrity of your bandwidth, even when using their encrypted servers. You’ll experience some, but very little, bandwidth loss.

What is ISP Throttling? Why are ISPs Doing It?

ISP throttling is when your ISP purposefully slows your connection speeds. It’s easy to think that this is a nefarious deed to make you pay for more internet than you’re actually getting. However, ISPs have an arguably legitimate reason for doing so. Many websites like Netflix or Hulu are extreme bandwidth hogs. As your ISP can see what websites you’re connected to, some will engage in bandwidth throttling to prevent you and all the other thousands or millions of their customers hogging all the bandwidth by streaming.

This is likely compounded by the fact that cord cutters are increasing in number, with more people turning to online video streaming than ever before. According to AT&T’s data calculator, streaming for 2 hours in high definition would use 2.15 gigabytes of data. Considering streaming sources like Netflix are all offering HD video these days, one can easily imagine how much traffic is passing through our average ISP these days.

The argument ISPs make for throttling data is that it ensures local network congestion is kept to a minimum. While true, it’s also a far cheaper method for ISPs to keep services running smoothly instead of the costlier alternative: investing in more bandwidth, or providing more bandwidth at the same price point. Some ISPs are notoriously stingy with bandwidth, especially for users living in rural areas, where data caps are not uncommon as well. The issue over Net Neutrality in the U.S. centered on this very topic, given that FCC rule changes would have allowed ISPs to force users to pay more money for better data connections if they wanted to use certain websites.

You can actually test to see if your ISP is throttling your connection. Battle for the Net, a pro-Net Neutrality website, created a free Internet Health Test to determine if your speeds are getting throttled. The test checks for degradation at interconnection points. If all is green, you’re good to go. Thankfully, my ISP was not throttling data, even as Netflix was running in the background.

Which ISPs are Known For Throttling?

The following ISPs are known or suspected to throttle user data connections, either because of BitTorrent or other torrent users, or in general on high volume data users. As far as we know, none of these ISPs will throttle speed for VPN services like IPVanish.

In the past, throttling was illegal only if the internet provider in question tried to hide the fact that they were using throttling technologies.  But in the very near future, a brand new FCC regulation called the Open Internet Order could abolish all forms of legalized throttling in the US.

“today’s ruling affirms the commission’s ability to enforce the strongest possible internet protections — both on fixed and mobile networks — that will ensure the internet remains open, now and in the future,” – FCC chairman Tom Wheeler

Before the Open Internet Order, internet regulations required ISPs to disclose information about throttling so that consumers could make informed decisions.  Under the old FCC policy, ISPs that advertised “unlimited” bandwidth, yet choked off its customers as soon as they reached a certain usage threshold were forced to pay fines.

In October of 2016, the FCC forced T-Mobile to pay a 48 million dollar fine for violating the old open internet regulations– which were quite a bit looser than the new regulations that just went into effect.  T-Mobile was caught throttling users with so-called “unlimited” data plans, which is why the FCC was able to force the company to pay the hefty fee.

If T-Mobile’s deceptive throttling policies were any indication, in the future ISPs will probably continue to use throttling technologies despite the fact that it is now against the law for them to do so in the United States.

What Is “Zero Rating”?  Is It the Same Thing as Throttling?

ISPs that use zero rating allow their customers to use one particular app as much as they want, but cap the use of other apps.  Because zero rating plans are new, courts have yet to decide whether they constitute a violation of open internet regulations.

T-Mobile’s controversial “Binge On” plan is a good example of zero rating in action.  Under “Binge On,” the Netflix and Youtube apps are assigned a zero usage rating.  T-Mobile customers that pay for “Binge On” do not log bandwidth usage if they use those apps. However, they still run into the usual usage penalties (fees, throttling, etc.) if they watch videos on other apps like Vimeo, Hulu and uStream, download big files or play bandwidth intensive games.

Zero rating internet usage plans are controversial because they encourage internet users to stick to the established internet brands.  If zero rating plans become more common, it will soon become harder for innovative new apps and services to gain momentum and popularity.  New or emerging services would be forced to pay a hefty fee to earn zero rating status.  The “zero rating fee” would serve as a barrier against newcomers entering the market because only established brands would be able to pay it.  Experts believe that this would have an extremely limiting effect on innovation.

If you have a plan similar to “Binge On” and you want to avoid having your internet usage categorized and tracked, get a VPN.   A secure VPN service like IPVanish hides the way you use the internet from your ISP.  If an ISP can’t determine what apps you’re using, they can’t throttle you for overusing non zero rated apps.

Bonus: AddonHQ readers will also receive 25% off their first month’s payment on any plan.

[su_service title=”Access All Streaming Content” icon=”https://flixed.io/wp-content/uploads/2016/08/1472372879_key.png”]Get past any geo-restrictions, firewalls or ISP blocks to unlock more streaming content around the world.[/su_service]