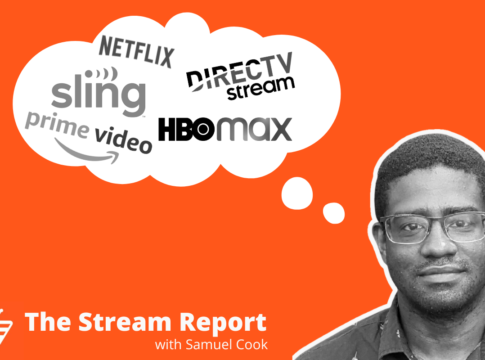 Facebook has been making a lot of weird choices recently. The whole “Meta” thing is certainly one of them. There are now articles claiming the Metaverse is “as dead as Zuckerberg’s cartoon eyes“. Ouch. The company’s purchase of Oculus in 2014 for $2 billion was possibly surprising and weird to some at the time, although it was, in retrospect, all part of the grand Metaverse plan.

Still, one might think devices like VR headsets (which are inherently antisocial for in-real-life engagements) aren’t great for anything beyond gaming and exploring the Metaverse. It appears that might not be the case.

This one was hard for me to wrap my head around, and maybe it’s because I’m a bit curmudgeonly on the topic. But yes, the VR headset market is actually growing. Some people do enjoy the experience of using VR gaming headsets, most notably the Oculus Quest.

According to the International Data Corporation, VR sales were up 242% as of Q1 2022. That’s pretty massive. The Oculus Quest 2 has like sold over 15 million units by this time of writing. That’s nothing to sneeze at.

I’ll admit, this one’s really messing with my geriatric Millennial brain right now. Simply put, yes, people are actually showing some interest in streaming content on VR headsets like the Oculus Quest 2. Note that when we say “interest” we don’t necessarily mean “yes, they’re streaming content on Oculus Quest”. Interest in a capability of a device doesn’t always materialize into action.

As it were, though, there’s a lot of interest in using the Oculus Quest to stream popular content. Take these two Google Trends charts as proof text:

These messy-looking charts offer a few interesting takeaways. First, when it comes to Netflix, there’s a definitive winner for what device people prefer to use for streaming the service. The second, more interesting takeaway is that Oculus has managed to garner enough interest that comparative search volumes are right around where other popular devices are.

Netflix streaming device interest is all over the place

Admittedly, Netflix has been around for a while. Most people already know about it and already have their select devices. But the fact that a device like Oculus is able to pull enough search volume compared to more mainstream streaming devices is a wonder.

Disney+ has a clear winner, but Oculus is gaining

And then there’s Disney+. It’s clear iPhone users are the biggest market (of those searched) for Disney+. But the fact that Oculus managed to grab enough comparative search volume is telling.

Both show very different comparative volume behavior, but what’s interesting is that the Oculus not only shows up but at times, its searches even exceed some other popular devices. It must have been a great Christmas for Facebook, as there was a huge spike during that week in 2021 for searches on how to use Oculus to stream both Disney+ and Netflix.

One last takeaway: We added Facebook Portal in just to see what the results would be. Yeah. It’s about as oddball a device as you might expect for streaming and it’s possibly one of the least-used options on the market.

VR still has an uphill battle for larger acceptance

While it’s true that the numbers are looking positively for VR headset streaming, there’s still a long way to go. Most streaming service providers do not have native apps available for the Oculus Quest or any other VR headset for that matter. Heck, many of them don’t even support popular video game consoles yet.

The lack of app support is obviously going to put a damper on Meta’s plans to make the Oculus a big deal. For the time being, it’s still too niche. People are at least interested, but wider market adoption is going to be elusive at best for quite some time.

Which streaming services have apps for Oculus?

For the moment, the only major streaming services that have apps for the Oculus Quest are Amazon Prime Video, Netflix, and Showtime. For its part, Sling TV claims to work with Oculus, but it doesn’t have a native app on the Oculus app store, so far as we can tell.

Your viewing experience may vary. Streaming apps can be wonky across different devices, and a device as unique as the Oculus is certainly one where the streaming experience might be easy to get wrong.