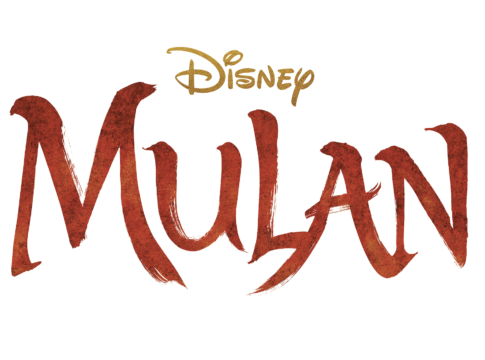 Mulan is one of the films in the arsenal of Disney classics with a soundtrack, including songs like ‘Reflection’, that are hard to forget. We all know of the 1998 Mulan original animated adventure about a girl who disguises as a male warrior to protect her father and prove the others wrong. The recreated fantasy action drama film version of Mulan released in 2020.

The live action movie is a remake of the original 1998 film. There are a variety of online streaming services where you can watch Disney movies like Mulan. Disney Plus is the go to source for the fan favorite classic.

What streaming services have Mulan?

Originally, Mulan lived exclusively on Disney Plus. Now there are a few ways you can watch the hit remake. If you’re not a subscriber to Disney Plus, you can buy Mulan on Amazon, Youtube, Google, or Apple TV. You can also purchase Mulan on DVD.

Where to Watch Mulan

Streaming Mulan on Disney Plus

For a fraction of the price of other streaming services, Disney Plus has hundreds of movies and TV shows. In its arsenal it includes tv series and films from the likes of other production studios like Marvel, Pixar, and National Geographic. The bundle fee is $12.99 per month and it brings together other services like Hulu (without ads) and ESPN into one package. The standalone package for $6.99 per month and does not include the bundled streaming platforms. There is also the option to pay for Disney Plus annually for $69.99. Another bonus is that you can download Mulan and watch it back offline using Disney Plus.

You can stream Disney Plus on Apple, PC, iOS, and Android devices, Xbox One and PlayStation 4, and streaming devices from Amazon, Roku, and Chromecast. You can also use Disney Plus on smart TVs.

Mulan is not available to stream for free for those who have an Amazon Prime Video subscription. If you already view your content on Amazon you may want to buy Mulan for $19.99 so you can download it and watch it back whenever you please.

Basically if you do not have Disney Plus, you can pay to rent or buy the movie on Youtube, Apple TV, or Google all for the same price of $19.99. On Apple TV, you can buy a two part package where you get both the 2020 remake of Mulan and the 1998 original for one fee of $29.99. The 2020 Mulan remake is typically not available to rent, unlike the originals, Mulan I and Mulan II. You can rent the original movies on most streaming and digital rental platforms.

Can you watch Mulan on Disney Plus for free?

Mulan was only originally available as a Premier Access title where you had to pay an additional fee on top of your Disney Plus plan. This has since changed. If you are a Disney Plus subscriber, you can watch Mulan as well as 500+ other films for free.

What is Mulan about?

While the Mulan remake does stick to the gist of the original story line, the new film has significant differences. There are new characters in the Mulan revamp and the action scenes are bigger than in the original film. The new film does not include any of the musical numbers from the original cast. It does, however, include a remix of the famous song ‘Reflection’ sung by Christina Aguilera.

Disney Plus has had lots of exciting developments in the last year and lots to look forward to on the horizon. In fact, since it launched in 2019 it’s quickly becoming one of the leading streaming platforms for some of the world’s most beloved content.

Earlier in 2021, Disney Plus premiered shows like Loki, a six- part Marvel Studios’ miniseries. The show is about the god of mischief and how he influences events in Earth’s history.

A Pixar production, Onward came to Disney Plus in March after its theater run abruptly ended. Onward tells the story of two teenage elves in a world where technology has overtaken magic.

Artemis Fowl is the film version of a famous book by Eoin Colfer. It is a fantastical adventure that follows 12-year-old genius Artemis Fowl.

Black Widow was one of the most anticipated Disney Plus releases. “Black Widow,” is a Marvel film starring Avenger Scarlett Johansson, It premiered on July 9 in theaters and on Disney Plus. Black Widow is the first new Marvel movie and it’s one of Disney Plus’s claims to fame at this point.

The future of Disney Plus

Disney Plus has a roster of upcoming series and films that fans are already raving about.

This new development in the Star Wars saga is one of the most anticipated releases on Disney Plus in 2022. It is a television series, a prequel to the Star Wars film, Rogue One.

This depends on whether or not you’re a big Disney plan. If you are, Disney Plus is most certainly the best place for you to watch Mulan. With your subscription you will have access to lots of other fan favorite Disney content.

You should also take into account whether or not you’d like to delve into the other parts of the Mulan canon. From the original to the original’s sequel Mullan II, there is lots of Mulan to indulge in. You can opt to watch Mulan via a Disney Plus subscription or via a video-on-demand service. It comes down to your personal preference, but we recommend Disney Plus for its canon of quality content.