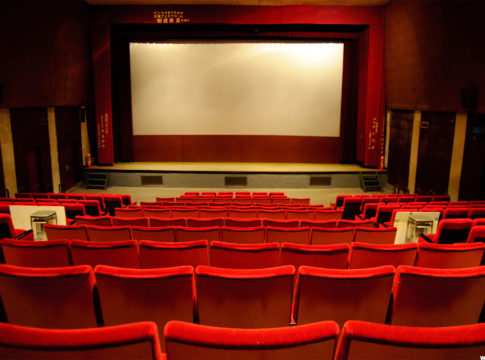 It’s easy to see how Battlestar Galactica grew such a passionate and dedicated fan base over its four seasons. The acclaimed sci-fi series is set in a post-apocalyptic world and follows the last surviving members of the human race as they run from enemies of their own creation.

Along with the main series, there are also a handful of spin-off shows, extended episodes, mini-series, and breakaway movies for the truly avid fans to watch. And yes — we’ve outlined exactly how to watch everything mentioned as you read on.

It may seem daunting, but we’ve got everything you need to jump right into watching Battlestar Galactica. You’ll be tossing around Adama puns in no time!

Where to Watch Battlestar Galactica

Peacock offers three different options to stream Battlestar Galactica. The base option and the Premium ($4.99/mo) options are free, but you’ll have to deal with ads as you watch. Upgrading to Premium Plus ($9.99/mo) will eliminate ads, minus a few exceptions due to streaming rights.

Amazon Prime Video offers individual episodes of Battlestar Galactica for $1.99 in SD or $2.99  in HD along with full seasons for $14.99 in either HD or SD. Prime also has an Amazon Watch Party that allows you to watch and chat about BG (or any show/movie) at the same time with friends and family remotely.

Viewers can purchase individual episodes of Battlestar Galactica on YouTube starting at $1.99 each or buy entire seasons starting at $24.99. Choose between SD or HD, with SD being cheaper.

Full seasons of Battlestar Galactica are available for $34.99 or individual episodes in HD for $2.99 through the iTunes store. They can be watched on any Apple device using the Apple TV app.

Other ways to stream Battlestar Galactica

Battlestar Galactica can be watched in HD for free on Tubi. It’s 100% ad-supported,however, which means you’ll see commercials before and throughout the show.

Full seasons of Battlestar Galactica are available to buy for $34.99. They can be watched in HD on any mobile device or tablet with the Google Play app.

Viewers can watch full episodes of Battlestar Galactica for free on Syfy. Each episode will have commercials before, during, and after. There are also extras, such as podcasts, show related articles, and other mini videos.

How to Watch Battlestar Galactica in Order

8 Shows and Movies to watch if you love Battlestar Galactica

If you geeked out on Battlestar Galactica, then these other binge-worthy TV shows and movies will be right up your alley.

Hundreds of years in the future, things are different than what we are used to after humans have colonized the solar system and Mars has become an independent military power. Rising tensions between Earth and Mars have put them on the brink of war. Against this backdrop, a hardened detective and a rogue ship’s captain come together to investigate the case of a missing young woman. The investigation leads them on a race across the solar system that could expose the greatest conspiracy in human history.

After the stories of Jango and Boba Fett, another warrior emerges in the Star Wars universe. “The Mandalorian” is set after the fall of the Empire and before the emergence of the First Order. We follow the travails of a lone gunfighter in the outer reaches of the galaxy, far from the authority of the New Republic.

Set 500 years in the future after a universal civil war, the crew of a small transport spaceship takes any job so long as it puts food on the table. The disparate men and women just want to survive and maybe have better lives, but they face constant challenges on the new frontier, such as the Reavers — flesh-eating mongrels who live on the fringes of the universe.

Set nearly 60 years before the popular “Battlestar Galactica” series, this prequel traces the progress of two prominent families, the Greystones and the Adamas, in the peaceful world of the 12 Colonies. An act of terrorism has tragic consequences for both families, which shapes the future of the battle for humanity.

Down on his luck after a bitter divorce, Planetary Union officer Ed Mercer finally gets his chance to command his own ship. Determined to prove his worth and start a new chapter, Ed discovers the first wrinkle in his plan when the First Officer assigned to his ship is his ex-wife, Kelly Grayson. As the new commander, Ed assembles a qualified, but eccentric, crew.

It’s 30 years in the future and the Robinson family has been chosen to start a new life in a space colony. On the way to what they believe will be a better world, the Robinsons’ ship is abruptly thrown off course and they are thrown into a dangerous alien environment. Now light-years from their original destination, they must forge new alliances and work together to survive. Stranded with the Robinsons are unsettlingly charismatic Dr. Smith and inadvertently charming Don West, two outsiders who are thrown together by circumstance and a mutual knack for deception.