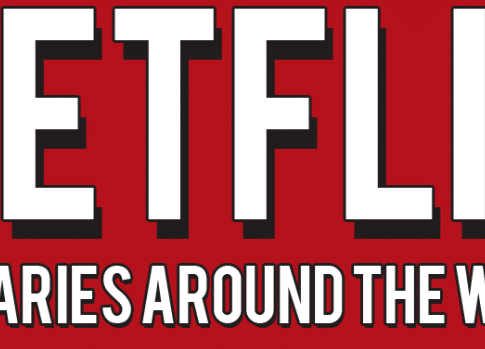 As Netflix continues to march toward world domination (at least in the on-demand video streaming market), content libraries offered by the streaming service have grown apart in size. Today, most Netflix users are well aware that Netflix libraries offer different content in different countries.

As a result of licensing agreements with the copyright holders Netflix relies on for many of its TV shows and movies, the service at times offers very different TV shows and films from country to country. Although Netflix is attempting to reduce its reliance on third-party content licensing by spending big money on original content, there are still vast differences in Netflix library sizes and qualities across the world.

We’ve looked at differing Netflix library sizes and content qualities in the past. In a 2016 analysis of top-rated, new release films, we found that Belgium, Brazil, the UK, Australia and New Zealand were the biggest winners, receiving far more top-rated movie titles than any other country. And earlier this year, we discovered that Japan’s Netflix library is now larger than the one in the US.

What does all of this mean for the average consumer? Simply put, there’s a whole world of content available on Netflix that you might not be able to access.

So what does the Netflix library situation look like worldwide? Here’s a quick breakdown of what Netflix looks likes across the world.

Japan Still Has the Largest Netflix Library, But…

But there is a bit of a catch. Although the Japanese Netflix library has the largest total number of titles (which includes both TV shows and movies), it actually has fewer TV show titles than the US, UK, India, Australia, or Canada:

We also found an interesting phenomenon that we mentioned in our piece covering Japan’s larger Netflix library. While Japan has a larger library of in total, it also has a large number of poorly rated titles. There are nearly 800 titles in the Japanese Netflix library with an IMDb rating of 5 or below.

The true value of the Japanese content library is that is has a much larger number of movies compared to the US, as well as (unsurprisingly) a far larger library of anime.

The US and UK Netflix Libraries Are Tops for TV

TV lovers are still going to be well-served by both the US and UK Netflix libraries. Both of these countries have over 1,600 TV shows. And while much of those titles are the same, you’ll find slightly different variations between the two.

For example, you’ll find the ITV show Little Boy Blue in the UK Netflix library, but not in the US one.

And you can find Ice Road Rescue in the US library, but it’s absent in the UK library.

Both of these titles are actually rated highly on IMDb, meaning you may be missing out if you don’t have access to one content library or the other.

And these two examples are only a small number of the dozens of shows that exist in one content library and not another. There are many more examples of this among TVs and movies, across all of the different Netflix libraries around the world.

China Remains a Netflix Deadzone. But It’s Not Alone

It’s 2018, and Netflix is still banned in China. This situation does not appear to be on the mend for the better anytime soon, either. China’s strict internet filtering and monitoring policies are counter to what Netflix appears to be trying to do as a company, making China a tough place to reconcile even if Netflix did find an in.

However, it does not mean that those living at least some of these countries where Netflix is unavailable cannot access the service at all. Many foreign travelers to China are likely bypassing the Great Firewall in order to access Netflix streams.

Chinese residents also have access to the “Netflix of China,” known as iQiYi. China is prone to block many Western sites and services in favor of its own, homegrown options, such as Weibo (“Twitter of China”) or Youku (“YouTube of China”). According to iQiYi’s founder and CEO Tim Gong, Netflix would likely fail in China even if it was allowed. “I think the culture gap would pose a big problem,” he told Hollywood Reporter back in December 2017.

The unavailability of Netflix in China stands in stark contrast to its availability in Hong Kong. It also reflects China’s unique relationship with Hong Kong, which although a Chinese “special region”, China has allowed to remain comparatively free from the same kind of governmental oversight it employs to the rest of the country.

Netflix has been very public about its original content strategy. The company recently revealed that 85 percent of its content spending in 2018 was on original content. Considering the service is believed to be spending $8 billion on content this year, that means just under $7 billion is going toward producing original TV shows, movies, and documentaries.

The service is apparently slated to have around 1,000 new original titles in its library by the end of 2018. This may help explain why Netflix has few licensed titles releasing in major regions this year, including the U.S.

With its current content strategy, Netflix can more easily bring in line various content libraries around the world. With more original content, the company does not have to fight battles with licensing agreements and copyright holders. Instead, it can offer any and all of its original content unilaterally across the world, with the only consideration being local governments that may enforce filters on certain types of content (common in the Middle East), and localization of original content into different languages.

As to the latter, Netflix has a rather hefty translation project called HERMES, which received enough responses so quickly that it the service is no longer accepting new translators.

How long it will take for different Netflix libraries around the world to have a similar number of titles is unclear. However, with its current content strategy, it appears Netflix is certainly working its way toward that goal as fast as it can.