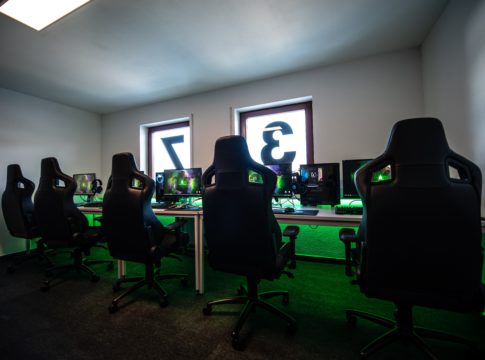 First released in 2009, League of Legends has proved its staying power. The game still maintains an active monthly player base of over 100 million users and has spawned a thriving (and lucrative) eSports community. Taken together, that means there’s a huge demand for League of Legends APIs that allow players to see advantageous game data such as team-level and player-level info, match info, and competitive odds.

Is there a League of Legends API?

Like many competitive online games, League of Legends offers a vast amount of customization and data that can help give players an edge. Recognizing the value of that to players, Riot Games introduced a community API in 2013. The company has a developers page established to help the community get access to its API, as well as a wealth of documentation regarding how to use its application programming interface.

The Riot Games API for League of Legends offers a wealth of data that can be leveraged to build new information sets. Flixed leverages the LoL API and other eSports APIs to build rich, customized datasets for deeper insights into everything from Champion usage stats to team vs. team match projects. You can enhance your LoL playing or viewing experience when you maximize the benefit that the API has to offer.

Get Deeper Insight into League of Legends Match Data

Most apps that use Riot Games’ API are focused on the ability to enhance your in-game play. Some, however, are distinctly focused on giving you better data insights into match-level odds at competitions and a wider range of historic player, team, and champion stats.

Many players and viewers alike want more information on:

This is deep-level data that doesn’t just come from the LoL API. You may want to turn to a separate API that you can use that automatically crunches this data into a usable format for you. There aren’t many APIs that on the market that do that, although the Flixed eSports API does offer these insights.

What Can Developers Do with the League of Legends API?

As with most gaming APIs, the goal is to get user data and interactivity to build apps that allow you to interact with that data in meaningful ways. For League of Legends players, that’s typically a focus on building playstyles, importing runes, and analyzing data (both for yourself and your competitors).

Some of the most popular League of Legends apps built on Riot Games’ LoL community API include:

There’s a strong demand for Community Dragon has an extensive list of apps that currently use the LoL API or have used it in the past.

How Do I Use the LoL API?

If you want to build your own apps using Riot Games’ available API, first head to the API web address: https://developer.riotgames.com. From there, go to the “Get Started” tab (bottom left), and go through the registration process. The company offers different APIs, depending on whether you want to develop an app for personal use or for a product that you want others to use, as well. The rate limits are different between personal and production API keys.