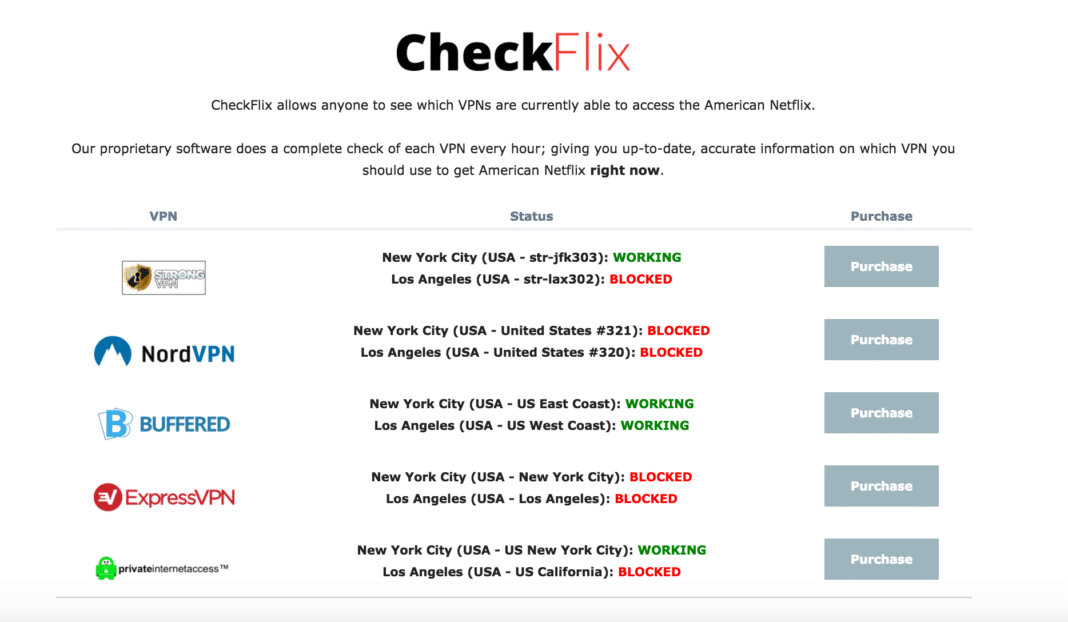 Today, the AddonHQ team is proud to announce the launch of CheckFlix!

As many of you may know, Netflix instituted a VPN crackdown about a year ago that rendered most (but not all) VPNs unable to access the American Netflix. However, a select few VPN providers have come back and adapted their services to circumvent the proxy detection system that Netflix utilizes. Although the results are far from perfect, and many VPN providers get blocked every now and then, some are still able to access the American Netflix on a fairly consistent basis.

CheckFlix is a new tool we made to solve the problem of not knowing which VPNs are able to access the American Netflix at this exact moment.

On CheckFlix, you’ll see a list of 5 VPNs, and two servers specified for each one. One in Los Angeles, and another in New York City. Every hour, our tool will check each server individually to determine whether it is getting blocked from accessing the American Netflix or not. If it is, you will see “BLOCKED”, and if not, you’ll see “WORKING”. As simple as that.

We chose to list StrongVPN, NordVPN, Buffered, ExpressVPN, and PIA based on our research, which seemed to indicate that these 5 VPNs have been the most successful in being able to access the American Netflix post-proxy-crackdown.