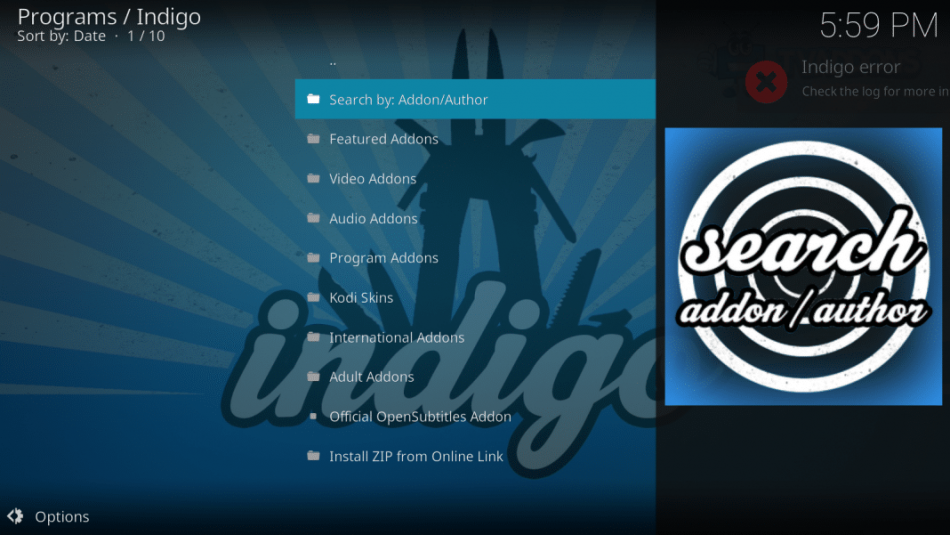 Good news, Kodi users: TVAddons is back! And with the return of the TVAddons comes the return of their popular Indigo Kodi addon tool as well. Whether you already have Indigo installed, or you’re looking for Indigo updates, this guide is for you.

Below, we will help walk you through the installation process for the updated Indigo/fusion tool. Additionally, we’ll walk you through what’s new under the hood, what features you’ll find inside (as well as which ones currently don’t work), and importantly, update you on that’s been going on with TVAddons over the past few weeks.

How to Install the Updated Indigo (Fusion) Tool

This updated Indigo guide should help all of the following types of users:

To install the updated Indigo tool on Kodi, do the following: 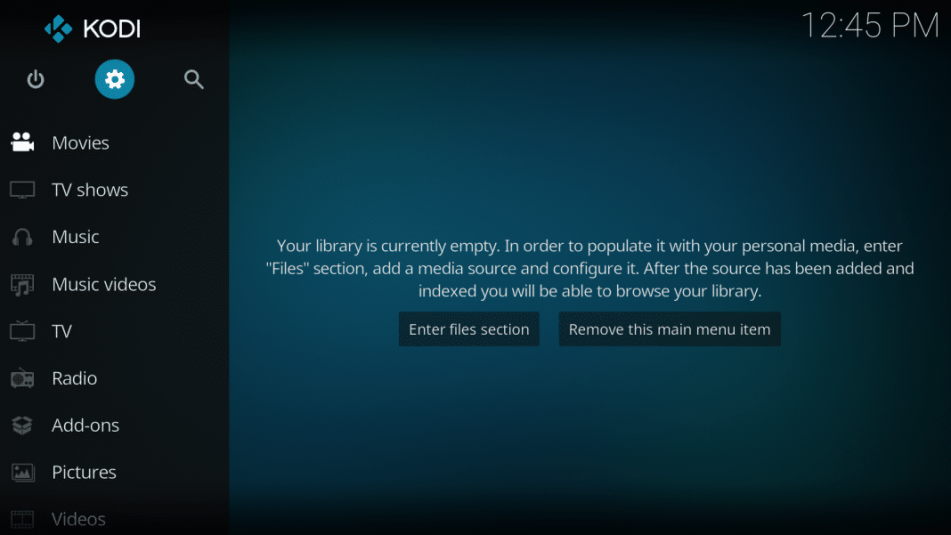 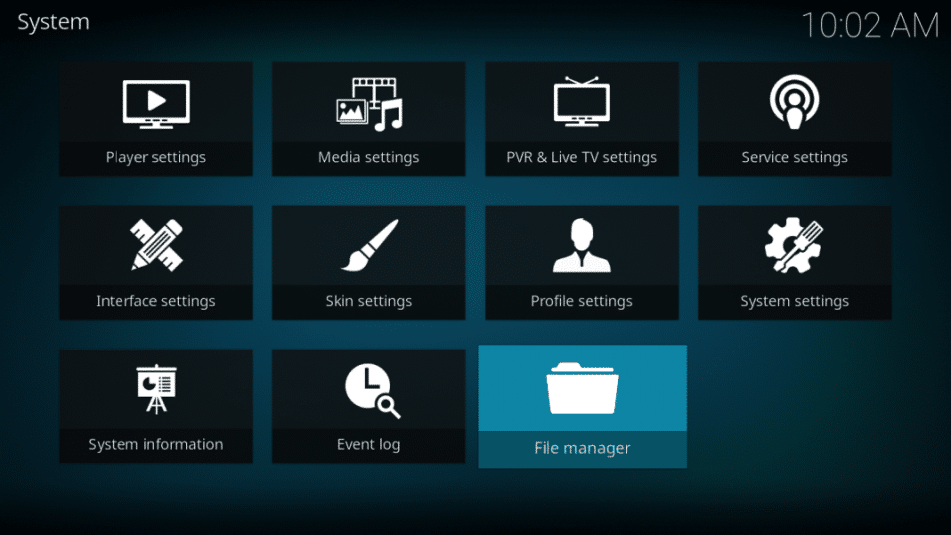 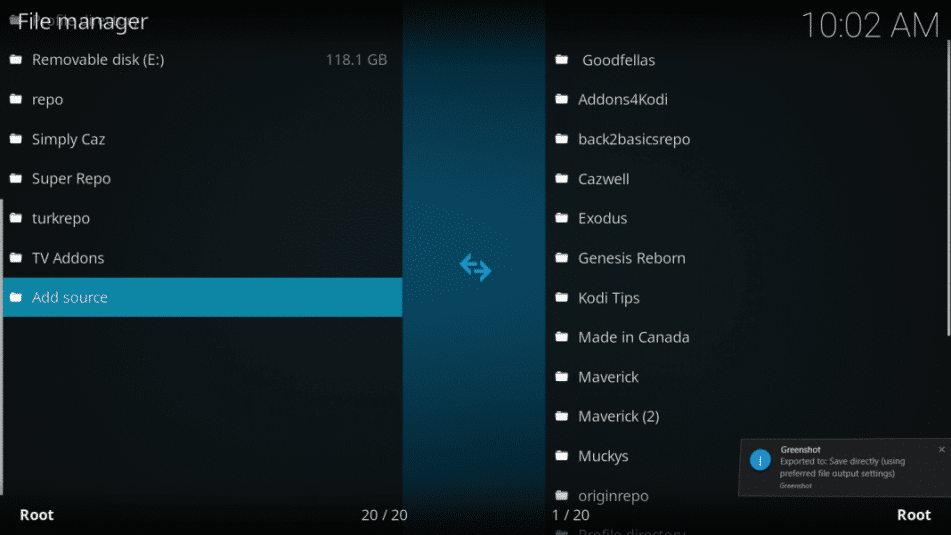 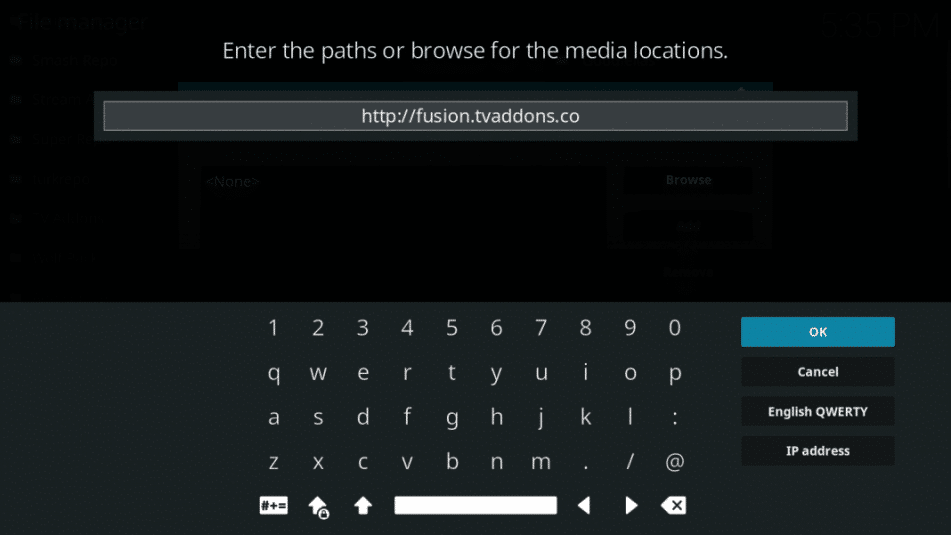 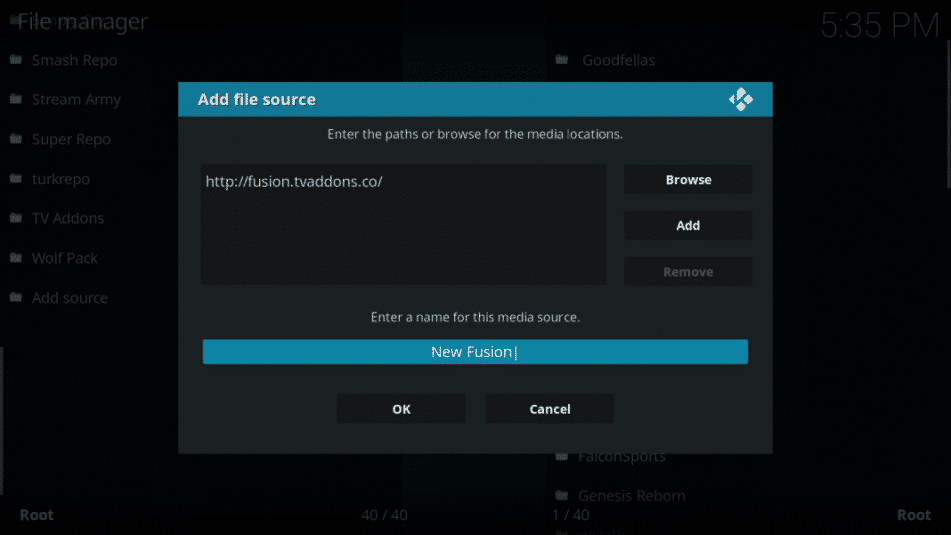 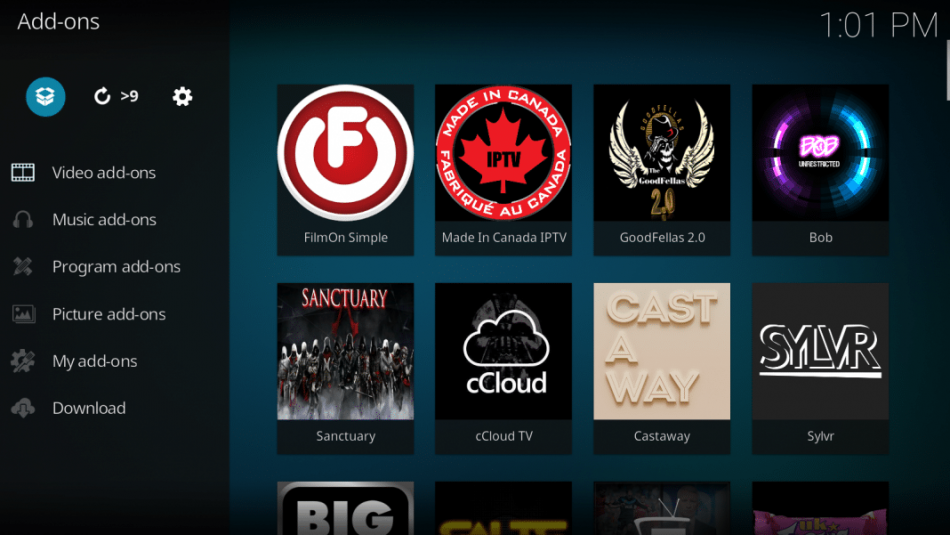 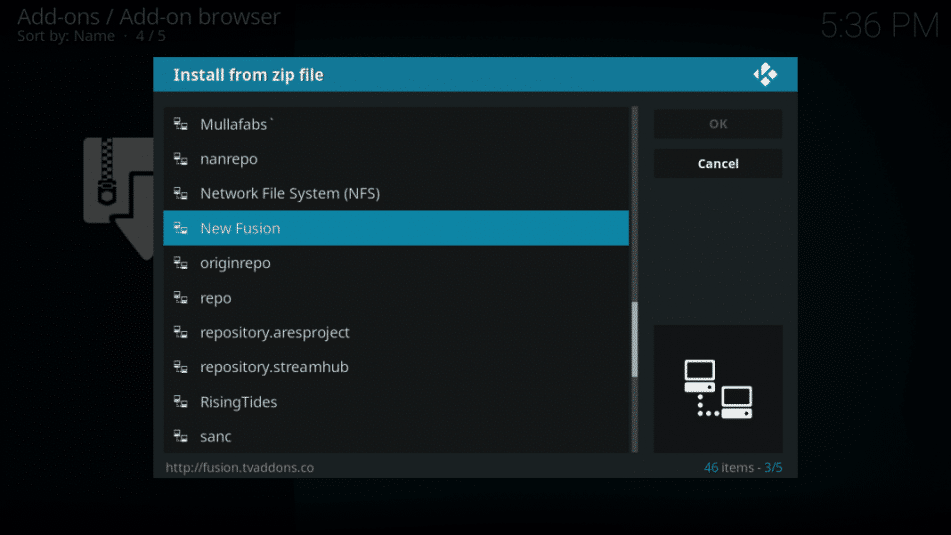 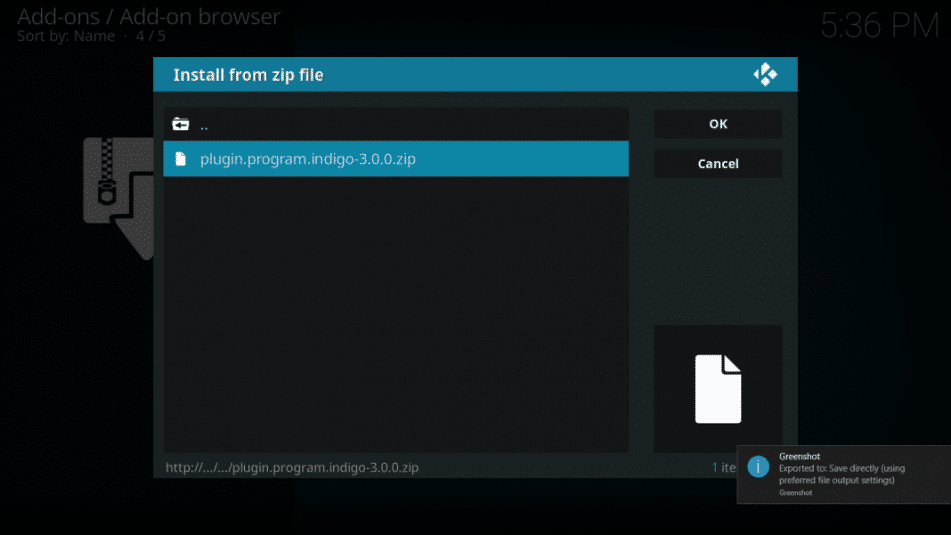 Once the installation is complete (the process may take over a minute due to the large file size and the number of people also attempting to download from the server), you may get a pop-up message asking for donations regarding TVAddons’ recent lawsuit. We’ll share more information about this below. However, if the message shows up looking odd (as pictured below), don’t worry; it’s merely an issue with the formatting. 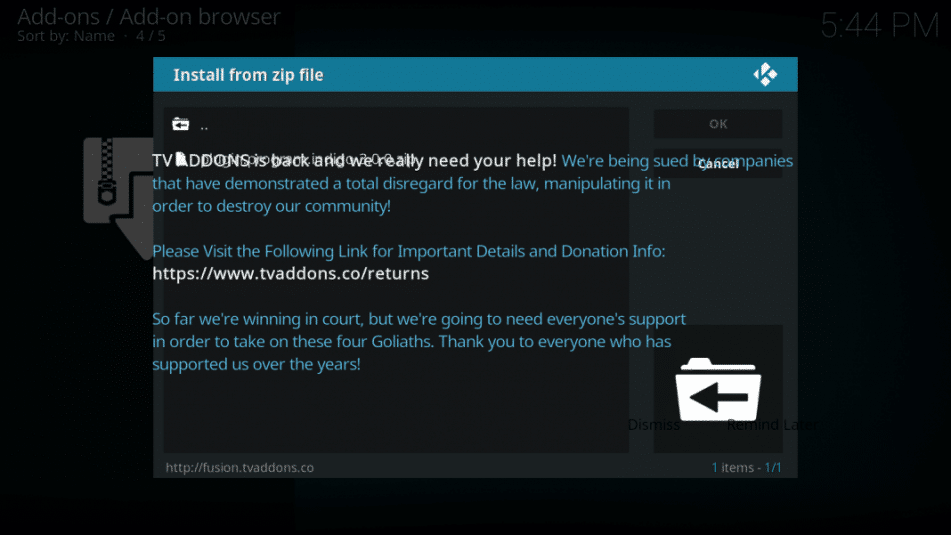 The TVAddons addon is back up and running like it used to be. At present, there are some major differences in which addons are made available through here using the Addon Installer, however, so you’ll want to take a note of that if you’re looking for some popular third-party plugins.

Given that TVAddons is currently relaunching their site after a week-long hiatus following a legal battle, the site, its servers, and its popular Indigo tool will still need some updating. For example, the currently available download for the Indigo tool is at version 3.0.2, while the previous version before the site went down was 2.0.2. While the newer version now performs effectively at installing addons, it’s likely that there will be some updates in the future.

Nevertheless, we still suggest that if you have an older version of Indigo, please update it as soon as possible. We will dig more into the legal issues that caused TVAddons to disappear a bit later. However, it’s important that you update to the newer version, as the older version of the addon may still be trying to connect to TVAddons’ older website, TVAddons.ag. At present, that website, and its servers and all the files on those servers, are in the possession of a Canada-based law firm that does not have your bests interests in mind.

What Can Indigo Do?

For now, Indigo is far more limited than it was prior to TVAddons going offline.

Whereas prior to the TVAddons take down a few months ago, you could find a large number of popular addons here, you will not only find addons that are not in the gray area. That includes the Exodus addon, which TVAddons once supported by which no has no current developer support.

We’ll be testing the Indigo tool regularly and update after some of the kinks are worked out. For now, you can find efffectively install addons using the using the program, including finding some useful plugins through the Search or “Featured Addons” sections.

If you’re struggling with the Indigo tool, you may want to explore a few Indigo alternatives that can give you access to the addons you want.

Can I Find Exodus Using the Updated Indigo?

Prior to TVAddons going offline, the site and its development team were actively maintaining the popular Exodus Kodi addon. Once TVAddons went offline, Exodus changed hands a few times until eventually its support was completely dropped.

Now that TVAddons is back online, the developers have decided to remove their support for some of the addons that were causing them legal troubles. Unfortunately for some Kodi users, this also included the Exodus Kodi addon.

Back in June, we noted that TVAddons would make a return with a more “cleaned up act”. We were correct to that extent, but the larger implications are still not clear.

Prior to going offline, you could find Exodus and other popular third-party addons for live TV, on-demand TV and movie streaming through Indigo. That is no longer the case.

On the popular Kodi addon Reddit forum, Addons4Kodi, TVAddons affiliate RavRob explained that while the Indigo tool and TVAddons site are back, they have completely rid the site of any grey-area addons like Exodus:

What this means for Kodi users is that you’ll need to look elsewhere for popular add-ons like Exodus, SALTS, cCloud TV, and others.

What Can Indigo Do?

Beyond its addon installation tool, Indigo has a lot of other features that are still highly useful. These include:

However, from our recent tests, it’s apparent that many of these features are still not fully functional. For example, the Config Wizard returned an error message, while the maintenance tool sits in a load screen for a long time before failing completely.

Most of the other features do currently still work. You can still test your network speed, perform a factory restore, and obtain system information. You can still use the l Sports Listings section to locate different games different sports, including information on where you can go to watch them: 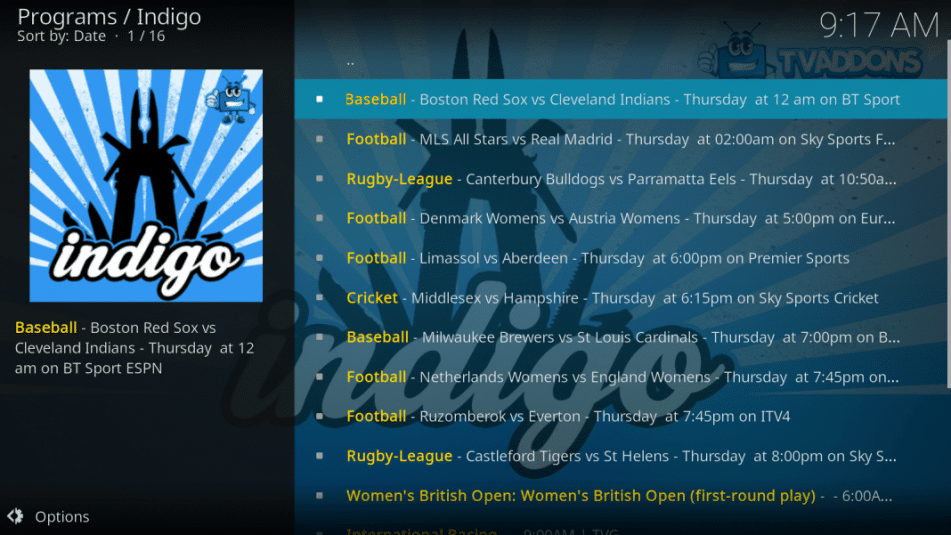 We will continue following the redevelopment of the Indigo tool and provide updates when different features come back online.

What Happened to TVAddons?

Now that TVAddons has returned, we have learned a bit more regarding what happened to the website.

Back in early June, the TVAddons website went offline quickly and mysteriously. During that same week, TorrentFreak broke the news that TVAddons had been named in a lawsuit by Dish Network, alongside the now-offline ZemTV and Phoenix addons.

On June 17th, TVAddons’ founder, Adam Lackman (under the pseudonym “Eleazar Coding”), released a letter to the addon developers working with TVAddons. In the letter, he apologized for the site’s sudden disappearance, but stated that “TV ADDONS is not going anywhere.” Additionally, he noted in the letter that, once the site came back online, they would going in a different direction. “[Moving] forward things are going to be more efficient, stronger, and more peaceful,” he wrote.

That was the last word the community heard from TVAddons or Lackman for over a month. However, upon the site’s return in August, TorrentFreak broke the news that Lackman was struggling not with a Dish Networks lawsuit, but something far more troubling: a joint effort by several Canadian telecommunications companies ( Bell Canada, Bell ExpressVu, Bell Media, Videotron, Groupe TVA, Rogers Communications and Rogers Media) to not only force TVAddons to remove grey-area addons, but to destroy TVAddons altogether.

On June 9, the telecom companies obtained official permission from a Canadian court to search Lackman’s home for offending material. On June 12th, the companies raided Lackman’s house, forcing him to TVAddons website offline. Lackman spent 16 harrowing hours having his home and computer equipment scoured. He was questioned without being allowed access to his lawyer, and constantly threatened and denied his legal rights if he didn’t comply with their demands.

During that time, Lackman was forced to turn over passwords to his social media accounts and websites. The original TVAddons.ag website was eventually transferred over to a Canadian law firm, who still has possession of it to this date.

Following the search, Lackman found success in court against the joint telecom effort to take him down. A second judge found the telecoms acted with reckless abandon to the law. In making a decision, the judge stated:

“It is important to note that the Defendant was not permitted to refuse to answer questions under fear of contempt proceedings, and his counsel was not permitted to clarify the answers to questions. I conclude unhesitatingly that the Defendant was subjected to an examination for discovery without any of the protections normally afforded to litigants in such circumstances.”

Although his TVAddons and Offshoregit accounts are still in possession of the law firm hired by the telecoms, Lackman did not hesitate to restart TVAddons with a new web address (TVaddons.co), while also asking for donations to help fight the telecommunications companies in a future appeal that will likely occur later this year.

Can I Trust TVAddons and the Indigo Updates?

We believe that the newly-restored TVAddons can be trusted. However, proceed with caution.

Whether or not TVAddons is still trustworthy, given everything that has happened, continues to be on everyone’s minds. Once the site was transferred over to the law firm, any sort of activity coming from TVAddons accounts has been viewed with extreme skepticism. Understandably, many believe that the law firm and the telecommunications companies may try to use the older TVAddons accounts to fish for information on grey-area addon users and, in particular, addon developers.

When the new TVAddons.co website went live momentarily, it was met with heavy skepticism on Kodi third-party addon forums. That skepticism became even more pronounced when the TVAddons Twitter account went active for a few moments and posted about two somewhat cryptic updates relating to the new site.

Meanwhile, Desinerd, another Kodi addon site, appears to believe that Adam Lackman capitulated to the telecoms and cannot be trusted. Perhaps erroneously, Desinerd also suggests that Lackman “ratted out” 30 other site owners who run websites similar to TVAddons. Desinerd’s post, which quoted heavily from the original TorrentFreak article, has since been taken down.

There is currently no indication that Lackman provided the telecom investigators any information about other website owners or addon developers. Given the private nature of the community, it is likely that if he gave any information, it would have been lacking in identifiable details.

The case with TVAddons will continue to evolve. The new TVAddons website may still hold some security risks for users in the future if that site, as well, gets turned over to telecommunications companies. Be sure to regularly use of a VPN when connecting to any Kodi site and services. Additionally, turn off automatic updates in Kodi to avoid having any addons auto-updated by untrustworthy sources. You can find automatic update settings by going to Addons > Settings (gear symbol).