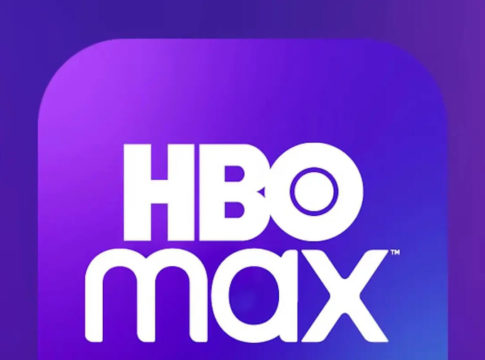 HBO Max and Apple TV+ are two very popular streaming services. Both offer a lot of content, including films, shows, and documentaries, but how do they compare when placed side by side? And which service should you choose when it comes to HBO Max vs Apple TV+?

Well, there are pros and cons to both of these services. In this guide, we’ll take a close look at each one, covering seven key things you need to know about Apple TV+ vs HBO Max to help you choose which service is right for you.

HBO Max is a streaming platform which launched in 2020, owned and operated by WarnerMedia. It’s known for offering classic HBO shows like The Wire and Game of Thrones, as well as the latest WB movies, such as movies from the DC Universe. Subscribers to HBO can choose between an ad-supported plan and an ad-free plan.

Apple TV+ is a subscription service that launched in 2019, owned and operated by Apple. It is one of the few streaming services to focus almost entirely on exclusive, original content. Instead of a library of licensed shows and movies, Apple TV+ offers completely original content, such as shows like The Morning Show and See.

One of the most important factors of all when it comes to streaming services is price, and there’s a big difference between HBO Max and Apple TV+ in this respect. Here’s how much you’ll need to pay for these two services:

In the pricing stakes, Apple TV+ is the clear winner. It’s half the price of HBO Max’s cheapest plan, and you don’t need to worry about any ads whatsoever.

HBO Max and Apple TV+, just like other streaming services, aim to draw in more viewers and subscribers by offering exclusive original content you can’t find anywhere else. Here’s how these two streaming giants compare in terms of their original shows and movies.

In terms of original content, both HBO Max and Apple TV+ offer a nice mixture of dramas, comedies, family shows, animation, movies, and documentaries, too. The best option for you will depend on personal preferences.

Many streaming platforms offer a wide range of extra content, like licensed movies and shows, in additional to their original programming. HBO Max follows this trend. It provides many extra movies, shows, and documentaries, with over 10,000 hours of on-demand content for viewers to enjoy. This includes classic comedy shows like Friends, DC movies like Wonder Woman, and classic HBO shows like The Sopranos.

Apple TV+, however, does not feature a library of old content or shows and movies from other studios and brands. Instead, it focuses entirely on new, original films and programming. This means that the amount of content available on Apple TV+ is quite limited when compared to other platforms, such as HBO Max. However, new content is added to Apple TV+ on a monthly basis and the platform is expanding all the time.

Compatibility is another area in which HBO Max and Apple TV+ have some differences, with one service working on many more devices than the other. Both services can work on the following platforms

However, the big difference is that HBO Max works on Android phones and tablets, while Apple TV+ does not. Apple often limits functionality of its products and services on Android, and this is the case for Apple TV Plus, too. So, if you want to use Apple TV+, you’ll have to do so without the use of your Android device.

Video quality is often an area in which streaming services differ, as some of them offer lots of UHD 4K content, while others are more limited. How do HBO Max and Apple TV+ compare in this aspect?

Well, both of these streaming platforms support 4K content. On HBO Max, you can watch the latest WB movie releases in 4K, as long as you’re signed up for the premium, ad-free subscription plan.

Apple TV+, meanwhile, produces all of its content in 4K, so you can watch a large range of shows, movies, and documentaries in 4K quality, as long as you have a compatible 4K screen. Overall, Apple TV+ has more 4K content than HBO Max.

Both HBO Max and Apple TV+ allow users to stream on different devices simultaneously. This allows one person in the home to watch a movie on their phone while someone else watches a show on the smart TV, for example.

In terms of user experience and interface, both HBO Max and Apple TV+ have relatively streamlined and simplistic interfaces, designed to make things easy for users. They both offer simple menus and categories you can use to look for certain types of programs, as well as search functions for accessing your favorite shows and films.

Apple TV+ has been criticized by some for its interface due to its basic nature, but recent updates have improved the service. There is still room for improvement though, and it’s arguable that the HBO Max interface is the better and more user-friendly of the two, for the moment.

Both HBO Max and Apple TV+ have their advantages and disadvantages. The right service for you will depend on your budget, your tastes, and the kinds of devices you like to use to watch movies and shows, too.

HBO Max has the benefit of more content, a wider range of content, and the ability to use the most devices. Apple TV+, meanwhile, is far more affordable, offers lots of interesting original programming, and has other unique bonuses like six simultaneous streams.

For larger families, Apple device owners, and budget-conscious streaming fans, Apple TV+ may be the best option. For those who want the most shows and movies, HBO Max is perhaps the best choice.