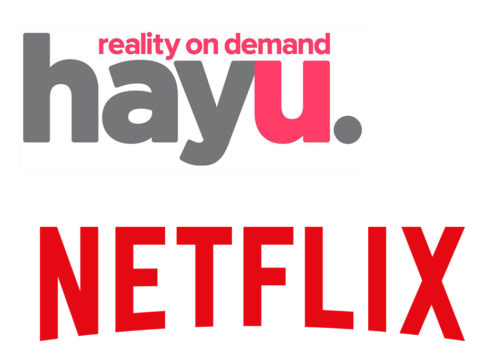 Reality TV has been around in some form since the dawn of television, but it wasn’t until the early 2000s that it exploded into a global phenomenon. Cheaper and easier to produce than scripted programs, the number of shows ballooned, and we take a look at which streaming service offers the best dose of reality in this hayu vs Netflix matchup.

Both services are exclusively video-on-demand (VOD), ad-free, and offer plans for under $10/month. Read on to see how they stack up against each other.

Launched in 2016 by NBCUniversal, hayu is a niche streaming service specializing in reality TV programming. In that respect, it may be considered more like an add-on than a comprehensive service, without requiring a base service to enjoy it. That said, hayu is still packed with content.

Netflix is the VOD leader and known for its award-winning scripted content, but it has been steadily expanding its slate of reality TV as well. If you’re already subscribed to a full-featured service like Prime Video or Sling TV, and simply looking to add some reality TV, you may be wondering if Netflix is worth it.

We take a closer look at both services so you can make the decision that suits you best. Let’s start by highlighting 7 key features at a glance in the following table.

Even before its optional term discounts, hayu is $4/month cheaper than Netflix’s Basic plan.

Considering its specialized focus, it stands to reason that hayu only offers one package. What’s unique is that hayu offers 3 options when it comes to paying. Many companies offer a discount to customers paying annually, but hayu slips a step in between, offering a half-year option as well.

Netflix just raised its prices again. The Basic plan has gone up $1/month, Standard up $1.50/month, and Premium $2/month. But as long as it continues producing popular original (and exclusive) content, small price hikes likely won’t have a negative impact on subscriptions.

This is another easy win for hayu, seeing as Netflix no longer offers a free trial. Hayu offers a 7-day free trial, which you can cancel any time during the trial period and continue watching until it ends.

This is a close one. In terms of overall content, Netflix would be the clear winner. But when focusing on reality TV, hayu has the edge.

Netflix probably has more than enough reality TV for most people, but it still has a ways to go to match hayu. The niche service has a staggering 350+ reality shows in its library, totaling over 8,000 episodes and 10,000+ hours of content, depending on which market you’re in.

What to Watch on hayu

Hayu offers primarily American shows, although there are some international options to choose from. Among hayu’s 17 show categories are The Real Housewives (with 36 distinct shows), True Crime (74 shows), Kardashian Kontent (12 shows), and Competition (31 shows).

It has yet to begin creating original content, but its parent company, NBCUniversal, has an extensive library, and new shows are available on hayu the same day they air on TV.

Some of the top shows from the wide range of categories are:

What to Watch on Netflix

Once known for its huge licensing agreements, Netflix began cutting back on third-party productions in favor of original content. With original scripted content that’s been nominated for 115+ Academy Awards and 600+ Emmys, it should come as no surprise that Netflix is no slouch when it comes to making reality TV.

Here are some of Netflix’s most popular original reality TV shows: 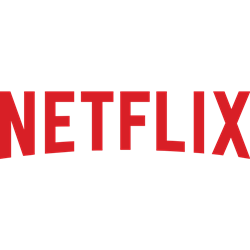 Netflix supports high-quality audio on select titles with Dolby Digital Plus 5.1 surround sound and/or Dolby Atmos. however, you’ll need the Premium plan to stream Atmos, which is $19.99/month.

Hayu content is only available in SD and HD, and there is no option to upgrade to 4K.

Most of Netflix’s content can be downloaded in the Netflix app for offline viewing. The app is available on iOS devices, Android phones and tablets, Fire tablets, Chromebook and Chromebox, and tablets or PCs running Windows 10/11.

Hayu allows you to download shows in the hayu app on phones and tablets with Android or iOS. Unfortunately, there’s no app to enable downloading to a laptop or desktop computer.

Netflix is a leader in device compatibility, with Apple TV, Chromecast, Fire TV, Nvidia Shield, and Roku, and is one of the few streaming services to support Facebook Portal and Windows Phone.

Nearly every smart TV is ready for Netflix, along with many pay TV set-top boxes (STBs) and Blu-Ray players, as well as PlayStation and Xbox. You can see the full list of supported devices on the Netflix website.

Hayu’s list of supported devices is less robust. You can watch it in web browsers and the hayu app for Android and iOS. When it comes to other devices, things get a bit trickier, as it depends on your location. For example, Amazon Fire TV is supported in 16 of hayu’s 29 markets, while Roku is only supported in 4 of them.

Check out our article on Hayu device support for more information.

Both services only allow 1 stream with the basic package, and hayu’s $5.99 monthly fee is $4 cheaper than Netflix. But for families–or even two roommates–a single stream usually won’t cut it.

Only Netflix offers upgrades to get more streams, allowing 2 screens with Standard and 4 with Premium. And while at $7.75/screen, the Standard plan is the most expensive on a per-screen basis, the Premium plan is the cheapest at $4.99 per screen.

Last year, Netflix tied the record for most Emmys in a year, a record CBS had held for 47 years. It’s also won 5 Emmys for the best reality TV show in the past 4 years. In terms of features, Netflix has hayu beat in every category. So unless you only watch reality TV, Netflix is the better place to spend your hard-earned dollars.

However, if you’re looking for an inexpensive addition to your viewing choices (or just a huge library of reality TV), hayu is a deal worth looking at.