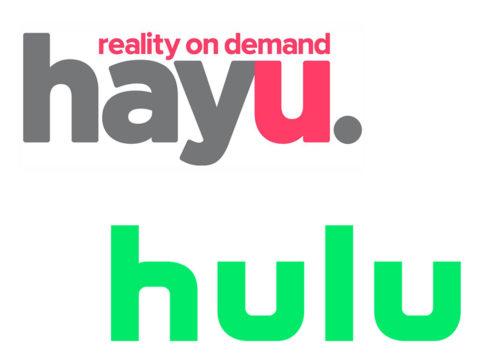 Can’t get enough of other peoples’ lives? You’re not alone. Reality TV is more popular than ever and doesn’t look to be slowing down. We pit hayu vs Hulu so you can decide which on-demand service offers the best reality fix.

The competitive streaming industry is in a state of constant flux, with channels, features, and free trials frequently changing. Read on to get the latest info on hayu and Hulu in 2022.

A relative newcomer to the streaming industry, hayu was launched by its parent company NBCUniversal in 2016. It differs from the big-name streamers out there in that it offers reality TV and nothing else. With its low price and niche focus, many viewers may see it as an add-on to complement their main streaming service.

Launching a year after the world’s #1 streaming service, Hulu is one of Netlfix’s biggest competitors. It’s got some heavyweights backing it, with NBCUniversal having a ⅓ stake and the Walt Disney Company owning the rest.

We look at 7 key areas regarding price, content, and features, starting with the comparison table below.

Hayu is a buck cheaper per month than Hulu’s $6.99 monthly package, which comes with ads. If you want to remove ads, Hulu costs more than twice as much as hayu.

As it already has a niche focus, it makes sense that hayu only offers a single tier.

Like a lot of companies, you can get a discount when paying annually, but it also offers a discount for a 6-month subscription.

Hulu offers one of the best-priced on-demand services out there. Even its more expensive ad-free version for $12.99/month is cheaper than Netflix’s Standard plan ($15.49/month) and HBO Max, which is $14.99/month without ads.

With a full 30 days, Hulu has one of the best free trials in the industry. Among the popular streaming services, only Amazon Prime Video and SHOWTIME offer free trials that long.

But at a time when many services no longer offer a trial at all, hayu’s 7-day free trial is not too shabby.

When it comes to reality TV, hayu is hard to beat. After all, that’s all it offers. With over 8,000 total episodes in a whopping 350+ reality shows, hayu serves up to 10,000+ hours of reality TV content.

However, Hulu is still one of the best streaming choices for reality TV. In addition to delivering a wide range of content from a variety of networks, it has started producing original reality content.

What to Watch on Hayu

Hayu launched as a way for overseas markets to watch American reality TV, but there are some international shows to choose from.

Hayu breaks down the reality TV genre into 17 categories. Among them are Love & Dating (23 shows), Family-centric (30 shows), Home & Design (29 shows), and Kardashian Kontent (12 shows). While it does not yet produce original content, hayu streams new episodes from parent company NBCUniversal’s vast library the same day they air on TV.

Some of the top shows from the wide range of categories are:

What to Watch on Hulu

Hulu’s huge content library includes some of the most popular reality shows ever, including Survivor and American Idol.

While it’s known for top-notch original scripted content, with award-winning shows like The Handmaid’s Tale and Only Murders in the Building, it now produces reality shows as well. In fact, Hulu netted the biggest name in reality TV, and The Kardashians premieres this month on the service.

Here are some of  the reality shows currently available on Hulu:

Hulu streams audio in 2.0 stereo quality by default, with select titles being available in 5.1 surround sound with Dolby Digital Plus.

Video quality is automatically adjusted based on bandwidth, device, and content, streaming in a range of qualities: 720p, 1080p, 4K Ultra HD (UHD), and 60fps HD. And while the list of 4K UHD content continues to grow (and includes most of Hulu’s original programming), it is only available on a limited number of devices:

Hayu doesn’t offer much for the home theater experience, with content only available in SD and HD. There is no option to upgrade to 4K.

Hayu wins this based on value.

To download shows with hayu, you need the app, which is only available on Android and iOS phones and tablets. Like with a lot of streaming services, with no app for PC or Macs, there is no way to watch shows offline on your laptop or desktop computer.

The basic Hulu plan (with ads) doesn’t allow downloading content, so to watch content offline, you’ll need the Hulu (No Ads) plan. Select content can then be downloaded to a supported mobile device. You can have up to 25 total downloads across five devices, and unwatched downloads expire after 30 days. Furthermore, once playback has started, you have 48 hours to watch the show before it disappears.

Hulu offers robust device support, but some, such as Tivo and Blu-Ray players, are only available with the Classic Hulu app.

Hayu offers fewer options when it comes to devices. No matter where you are, you can stream your shows in web browsers and the Android and iOS hayu apps. However, it gets a bit trickier with the other supported devices.

For example, the Kindle Fire is only supported in 13 countries, while the Fire TV is supported in 16. Apple TV, Android TV, Xbox, and LG TV are supported in all 29 of hayu’s markets. Visit hayu’s website for a full list of supported devices and where you can use them.

Neither is likely bound to satisfy families, although hayu has positioned itself as more of a “personal” streaming service. But Hulu allows for the creation of six profiles, so it’s curious that there’s no option to upgrade the number of screens.

It should be noted that there is an “unlimited streams” add-on with Hulu’s live TV service, but for the on-demand service, 2 streams are the most you can get.

We recommend Hulu as the better choice. With its competitive pricing, impressive home theater features, device support, and a growing library of original reality TV content, it’s tough to beat. We especially recommend it if you don’t already have a comprehensive streaming service.

But if you’ve already got a subscription and you’re simply looking for an affordable add-on, then hayu might be just what you’re looking for.