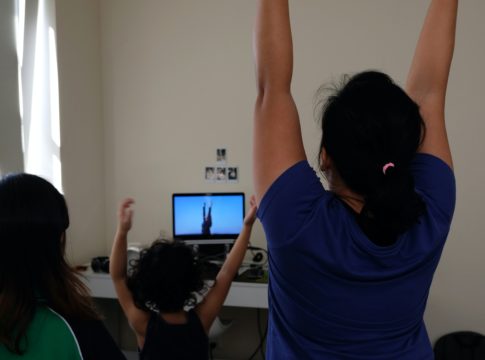 Whether watching a live sports event like NCAA March Madness with the boys or a family tradition of watching the Oscars together, TV has the power to bring people together.

Now, in the current times of being constantly online, you have to wonder if cable TV is still worth it? After all, you can always host an online call where you can set up a watch-along for your favorite movies.

But it does come with a caveat. Without cable, you can’t catch those live events as they air. No more get-togethers with your friends to watch the Playoffs. And you can kiss goodbye to sitting on the couch while watching the Oscars together with the family.

You have to wonder, can you get the best of both worlds?

Luckily with internet TV, you won’t miss out on the benefits of cable TV while enjoying the connectivity of online streaming platforms.

With internet TV platforms like fuboTV and Paramount+, you can continue the traditions you hold dear between friends and family.

Ideally, it would be great to test a product before any money is exchanged. Luckily, both fuboTV and Paramount+ have free trial periods. Both platforms offer a week-long trial period for all new subscribers. During the demo period, you’ll get to sample each platform’s channel line-up and feature list.

After the trial period ends, you can continue watching content on either fuboTV or Paramount+, and you’ll receive a bill the following month. However, if you’re unhappy or find something lacking about either platform, be sure to remove your credit card details from your fuboTV or Paramount+ accounts to avoid getting charged.

With that out of the way, let’s take a deep dive into the features both fuboTV and Paramount+ have on offer.

When choosing an internet TV provider, the most pressing thing on your mind will probably be, “How much will it cost?” After all, you have to consider if what the service offers is worth the money. So, to help you decide between fuboTV and Paramount+, here are each platform’s pricing models.

Presently, fuboTV offers 2 main subscription models: the Pro Plan and the Elite Plan. The differences between the 2, are as follows:

When you subscribe to fuboTV, you’ll get great value for your money.

When you subscribe to Paramount+, you’ll have the option to choose between 2 different subscription models.

With Paramount+, you’ll find it hard to get a better deal for your money.

One of the main deciding factors behind choosing one internet TV platform over another is the channel line-up. Whether a platform has a broader channel selection or if it carries your favorite channels can be a big deciding factor when finding the platform that suits your needs.

So, between Paramout+ and fuboTV, which has a better channel library?

In contrast to the competition, Paramount+ doesn’t carry traditional networks. Instead, they host channels that are unique to them that have a programming line-up that is carefully curated.

Here’s a brief sample of what Paramount+ has to offer:

While Paramount+ won’t have as many channels as its competition, you’ll still find programming that can fit every person’s tastes.

However, just because it focuses on sports programming doesn’t mean that fuboTV is missing out on general entertainment channels.

When you subscribe to fuboTV, you won’t have to worry about missing out on your favorite channels.

When subscribing to Paramount+, you’ll have a large enough simultaneous stream limit to allow most of the family to enjoy their preferred channels whenever they want.

With fuboTV, you won’t ever have to worry about fighting over who gets to watch TV. It’s perfect for large families or those with plenty of roommates.

Nobody has all the time in the world to watch TV. Sometimes, you might have to miss a season premiere or a live show because of scheduling conflicts. A DVR feature can fix this. Scheduling and recording live programming is a feature that any internet TV service shouldn’t forget.

Every fuboTV subscriber gets access to 1000 hours of DVR storage. That’s a shocking amount that you might never fill. To give you a rough example of how massive the fuboTV DVR is, you can record the entire Lord of the Rings movies 30 times each, and you still won’t cap out your DVR limit.

Thanks to fuboTV DVR, you won’t have to worry about missing a live show ever.

Unfortunately, Paramount+ doesn’t currently offer DVR. However, Essential subscribers can download copies of anything on the on-demand content library as much as they want. Now, you don’t need to rely on an internet connection to watch all your favorite shows.

With Paramount+, you’ll never be bored on long trips ever again.

Another important factor to consider when choosing an internet TV streaming platform is device support. Not being able to watch TV on your preferred device would be a travesty.

Currently, fuboTV is supported on most modern devices.

Thanks to the wide range of devices supported by fuboTV, you’ll most likely own a device that can run the app.

Much like its competition, Paramount+ has app support for almost all devices.

If you subscribe to Paramount+, you won’t need to worry about your device being unsupported.

However, Paramount+ does have an advantage over fuboTV. Paramount+ features original programming like Halo and Star Trek Picard.

Regardless, you’ll get a pretty deep library of on-demand content with either of these services.

Say Goodbye to Cable TV with fuboTV and Paramount+

Gone are the days when cable TV was necessary to keep the family entertained. With the advent of streaming platforms like fuboTV and Paramount+, cable-cutting is as viable as it ever has been. With either of these platforms, you’ll get to watch any content that your heart desires.