ExpressVPN is an expensive but all-around solid VPN. It has some good features including apps for most platforms, plenty of servers, BitTorrent support and an easy-to-use interface. But how well does ExpressVPN work with American Netflix?

To find out the answer, I put ExpressVPN to the test in Budapest, Hungary to see if I could use the well-known VPN service to unlock all the Netflix titles I have access to back home. Continue on to read the results of my test.

If you’d like to watch the 5-minute condensed video guide for this article instead, you can find it below.

Does ExpressVPN Work with American Netflix?

The first time I tried to access American Netflix with ExpressVPN, I ran into this annoying error message:

However, after messaging ExpressVPN support, the technician helped me find a server that was set up to work with Netflix. After logging into the correct server, I was able to successfully load American Netflix content.

ExpressVPN’s excellent customer support is one of its major perks. Other VPN services I’ve tried force you to use a self-service ticket system when something goes wrong. This is annoying because it requires you to wait for a response. You don’t have to do that if you use ExpressVPN because they offer live chat support. More importantly: their technicians really seem to know what they’re doing.

Why Use a VPN With Netflix?

If you’re located outside the US, content that you can’t normally access abroad will suddenly appear on your Netflix account if you log in after connecting to an American VPN server that works with Netflix.

Because I currently live outside the US, I can’t access the Netflix content that I enjoy when I visit family at home.

My Netflix subscription fee never changes, but the amount of content I get does depending on where — and how — I log in.

Without a VPN, I can watch 171 TV shows and 548 movies when I’m in Budapest. With a VPN, though, I can get nearly ten times more content by logging into American Netflix.

For example, the The Walking Dead won’t normally show up if I search for it without a VPN in Hungary.

But if I connect to one of the many VPNs that still works with Netflix, I can access a lot more content.

The design of ExpressVPN’s software couldn’t be any simpler. In the center of the client, there’s a giant off/on button. The “hamburger” menu in the top left corner of the app lets you change some basic settings.

When picking out a server with ExpressVPN, you have two options: “Smart Location” and “Choose Location.” Choose Location is the option you’ll need to select to get into American Netflix. After you open up the Choose Location menu, you’ll be able to choose from various ExpressVPN servers.

If the server you pick doesn’t work with Netflix, open up a chat and ask which server you should use.

In order to test out how well ExpressVPN performs with Netflix, I watched an entire movie while connected to ExpressVPN’s Netflix server. Though I managed to get through the film, I had to settle for less-than-HD picture quality at times.

However, if you follow this link you can get 3 free months of ExpressVPN when you sign up for a year of service. 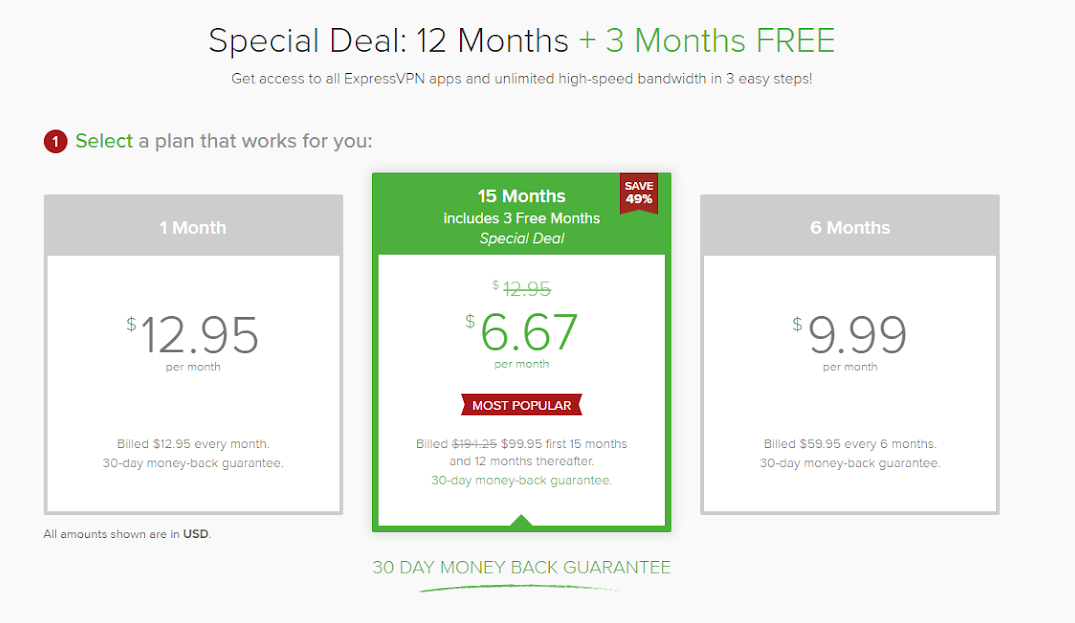 StrongVPN and NordVPN are both cheaper than ExpressVPN, yet they’re also both much faster and easier to use.

If you’re skeptical about VPNs, you may want to give NordVPN a spin. Unlike every other VPN I’ve tested, NordVPN does not require you to whip out your credit card or provide your PayPal info to start your trial period.

Like StrongVPN, all of NordVPN’s American servers work with Netflix. However, in my experience NordVPN is not quite as fast as StrongVPN.

Related: Which VPNs Work With American Netflix In 2018?

StrongVPN is a very reliable VPN that’s very similar to ExpressVPN, except that all of StrongVPN’s servers work with American Netflix. StrongVPN’s software does not require any special configuration and you can start accessing American Netflix as soon as the installer finishes setting up your client.

ExpressVPN’s excellent customer support makes it a good choice for Netflix subscribers that have never used a VPN before. However, other VPN services cost less and offer better performance with Netflix.