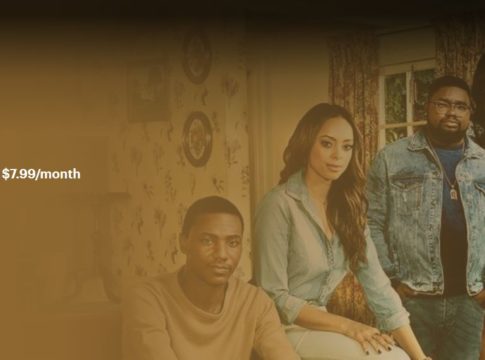 Hulu + Live TV is one of the most popular live TV streaming services out there right now. It’s famed for its huge range of channels and wide variety of content, allowing subscribers to enjoy TV shows, movies, sports events, news broadcasts, and more from a range of networks like Fox, ABC, CNN, ESPN, and more.

An overview of Hulu + Live TV

Hulu + Live TV, also sometimes known as Hulu with Live TV, is a live TV streaming service that is part of the wider Hulu family of services, which also includes Hulu’s on-demand platform. The Hulu brand originated way back in 2007, but it wasn’t until 2016 that Hulu + Live TV launched as an off-shoot of the standard Hulu streaming service.

While Hulu’s regular service focuses on on-demand content, Hulu + Live TV was created as a cable alternative, live TV streaming service. It launched with a big selection of channels from the likes of Fox, Disney, and ABC, and has grown since then to include more and more channels, becoming one of the most popular streaming services in the US.

How does Hulu + Live TV work?

Hulu + Live TV is a pretty simple service to understand. Users can subscribe for a monthly fee and get access to live programming from dozens of different channels, as well as access to the regular Hulu on-demand library, which features tens of thousands of hours of shows, movies, and more.

It’s a great way to enjoy all the benefits of live TV and a streaming service in one great package. Plus, in recent times, Disney decided to add ESPN+ and Disney+ in with the price of a Hulu + Live TV subscription. This gives subscribers even more amazing content to enjoy, including live sports and family-friendly movies and shows.

Like with other live TV streaming services, you can watch Hulu + Live TV channels and programming on a range of devices, including the likes of smart TVs, living room devices, games consoles, tablets, and phones. Plus, it offers unlimited DVR, letting you save and rewatch things or catch-up with live broadcasts you missed.

Does Hulu + Live TV have NBC?

Now, we get to the titular question of this article: can you watch NBC on Hulu + Live TV? Well, as you might imagine, since Hulu was initially created as a joint venture involving NBC Universal and NBC is still a minority stake-holder in the business, NBC channels and broadcasts are available on this service.

There are actually many NBC-related channels available via Hulu + Live TV. The full list includes:

What other channels can I get on Hulu + Live TV?

In order to get NBC on Hulu + Live TV and enjoy all the other channels and on-demand content that this service has to offer, you simply need to sign up for your own Hulu + Live TV account. You can do this over at the official Hulu site, and the sign-up process is generally very simple and shouldn’t take too long.

A great thing about Hulu + Live TV is that it doesn’t have lots of different payment plans or confusing options and add-ons. Instead, everything is very simple. Users only have to choose between two main plans: one with ads and one without. You can save a little money by watching the ads or pay a small extra fee to get rid of them.

No matter which plan you choose, you’ll get access to the same content. This means that you can get NBC on Hulu + Live TV with both the ad and ad-free plans, and you won’t have to worry about customizing your subscription or choosing any optional extras or add-on channels packages in order to get NBC on Hulu.

Our takeaway: Watching NBC on Hulu + Live TV is quick and easy

As we can see, it is certainly possible to get NBC on Hulu + Live TV. You can watch your local NBC affiliate and live sports on NBC via this service. Plus, you get access to all the other great content that has helped to make Hulu such a big name in the streaming business.

If you’d like to learn more, you can check out our full Hulu + Live TV review. This will tell you all you need to know about things like Hulu + Live TV pricing, channels, device compatibility, simultaneous streaming, DVR, and find out if Hulu + Live TV is good for watching sports.