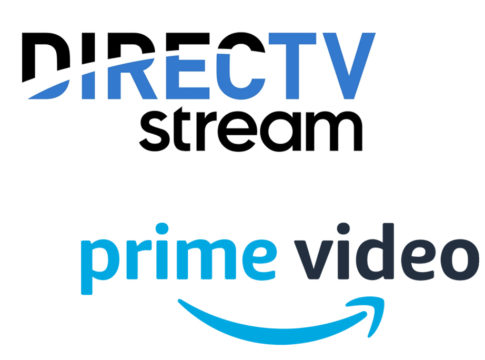 There are two main types of streaming services: video on demand (VOD) and live TV. While live TV services typically include on-demand libraries, only a few VOD services have ventured into live TV. Here we look at DirecTV Stream vs Amazon Prime Video, as two industry heavy hitters inch toward direct competition.

With the streaming TV industry constantly changing, we’ll help you get up-to-date. Read on to learn more about these two services in 2022.

The company behind DirecTV Stream has been delivering satellite TV for nearly 30 years, so it’s not surprising the streaming service offers a robust selection of content. All the major broadcast networks, an industry-best selection of regional sports networks (RSNs), and premium channels like HBO and SHOWTIME are available. There’s also an optional dedicated device for 4K streaming, voice control, and smart home connectivity.

In addition to creating its own original award-winning content, Amazon Prime Video differentiates itself from VOD competitors like Netflix and Disney+ by offering live TV. While it doesn’t carry broadcast TV networks, premium channels like Cinemax, SHOWTIME, and STARZ can be subscribed to à la carte. There are also a handful of free channels you can watch without any kind of Prime subscription whatsoever.

We take a closer look at both services in six key areas regarding price, content, and features, starting with a comparison chart for quick reference.

Amazon Prime Video is one of the lowest-priced streaming services on the market, while DirecTV Stream is the most expensive. However, as the two services have quite different offerings, the value depends on what you’re looking for.

With 200+ million subscribers worldwide, Amazon Prime is one of the largest subscription services in the world. For $14.99/month, it offers a variety of benefits such as free shipping, ebooks, music, and games, as well as Prime Video, which can also be purchased as a standalone service for $8.99/month.

Students can get a Prime membership for $7.49/month ($69/year), while Medicaid and select recipients of government assistance pay $6.99/month.

At $69.99/month for its entry-level Entertainment package, DirecTV Stream costs nearly 8 times as much as Prime Video. However, it’s a true cable replacement, and even its Ultimate package at $104.99/month is less than the average American cable bill.

There’s really no contest here. Amazon Prime Video’s 30-day free trial is the best in the industry, while DirecTV Stream no longer offers a free trial at all. Furthermore, anyone who hasn’t had a Prime membership in the past 12 months is eligible to sign up.

However, we should note that DirecTV Stream offers a full refund if you cancel your subscription within the first 14 days.

DirecTV Stream has one of the most comprehensive content offerings in the industry. With all major broadcast networks, numerous RSNs, 65,000 on-demand titles, international add-ons, and optional premium channels, its selection is tough to beat.

On the other hand, Amazon Prime Video carries no broadcast networks, RSNs, or international add-ons.

What to Watch on DirecTV Stream

The big names in broadcast television (ABC, CBS, FOX, NBC), as well as the CW, PBS, and TNT, are included with every DirecTV Stream package. And all packages from Choice and above include RSNs such as Bally Sports, Big Ten Networks, and MASN.

Only the top-tier Premier plan includes premium channels like Cinemax, HBO, and SHOWTIME, but most can be added individually for an additional fee. Here’s an example of current prices:

Two Spanish-language and three international add-ons are also available, ranging in price from $5/month to $30/month.

For an extra $5/month, you can rent the proprietary DIRECTV STREAM device to enable 4K streaming and voice control.

What to Watch on Amazon Prime Video

While it doesn’t have broadcast TV networks, Amazon Prime Video has original content you won’t find anywhere else. With top-notch shows like Bosch, The Boys, and The Marvelous Mrs. Maisel, its programs have been nominated for dozens of Emmys and other awards.

CBS Sports, MLB TV, and NBA TV are some of the sports options. And starting this season, Prime Video becomes the exclusive broadcaster of the NFL’s Thursday Night Football.

Premium channels can be added à la carte, and while HBO Max is no longer available as a Prime Video add-on, Paramount+ will be of interest to many viewers. Here are some current prices to compare to the DirecTV Stream prices above.

Most of Prime Video’s original content is available in 4K and, unlike Netflix, you don’t need to pay extra for a higher tier plan. So it just depends on your hardware and internet connection.

Take a look at some of the Best Free Movies and Shows on Amazon Prime Video.

DirecTV Stream offers unlimited DVR storage for up to 90 days, after which they will be automatically deleted. Unfortunately, there is no option to download content for offline viewing.

Prime Video doesn’t offer cloud DVR storage, so you’ll need to watch your shows or games live. However, you can download content for offline viewing, and there’s an option for TV shows to download the entire season. But you’ll need a Fire tablet or the Prime Video app installed on Android, iOS, Mac, or PC.

Check out our article on DirecTV Stream’s DVR for more information.

When it comes to supported devices, Amazon Prime Video is hard to beat. Excluding its dedicated device, Prime Video supports everything DirecTV Stream does, and a whole lot more.

The list includes Amazon’s own Fire and Echo devices, Blu-Ray players, PlayStation, Xbox, smart TVs from a dozen-plus manufacturers, and media players by Nvidia, Tivo, and Xiaomi, among others.

Check out our supported devices articles for DirecTV Stream and Amazon Prime Video.

DirecTV Stream offers 20 simultaneous streams standard with every plan, 3 of which can be outside the home network. That should be enough for any household.

Prime Video only allows up to 3 streams, and only 2 concurrent streams of the same content, which larger households may find insufficient. There is also no option to upgrade the number of streams.

Which is Better: DirecTV Stream or Amazon Prime Video in 2022?

If you’re looking for a true cable replacement, DirecTV Stream is the hands-down winner. It boasts a full slate of broadcast TV networks delivering local news and sports, several RSNs, premium movie channels, and plenty of features and add-ons. It may be the most expensive streaming option out there, but it’s still cheaper than cable.

However, if local programming isn’t make-or-break for you, Amazon Prime Video is certainly worth consideration. At a fraction of the cost, you’ll get award-winning originals, a growing selection of live sports, and plenty of premium channels to choose from. And if you’re already an Amazon shopper, signing up for Prime is practically a no-brainer.