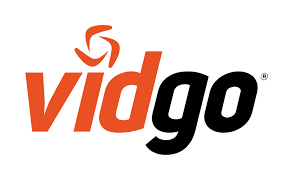 Sports-focused streaming service fuboTV is our overall pick, and the best alternative to Vidgo, especially if you love sports and don’t want to sacrifice the content you’re getting with Vidgo.

If you subscribe to fuboTV, you’ll be able to choose between multiple streaming service packages, starting at $64.99 for 110+ channels.

fuboTV also offers a competitive Spanish-language package. The package costs $32/month and comes with 32+ channels, 250 hours of cloud DVR, and access to hundreds of sporting events. If being able to record your live TV is important to you and you want a few more channels to choose from, fuboTV is the better option.

fuboTV‘s device support is almost identical to Vidgo‘s. You can watch on your iOS or Android devices, as well as modern web browsers, Roku, Amazon Fire TV, Chromecast, and Apple TV.

You can learn more about fuboTV’s simultaneous streaming policy here.

The minimum cloud DVR storage you get with fuboTV is 250 hours, available through the Latino Plus or Starter packages. The Pro and Elite packages each provide up to 1,000 hours of DVR storage, shared across all users.

You can learn more about fuboTV’s cloud DVR here.

fuboTV’s on-demand library is considerably large. Most channels provide multiple TV show series, movies, and sporting events on-demand through fuboTV. fuboTV also offers the same 72-hour rewind feature that Vidgo does that makes it possible to get fresh content from most channels on offer for at least 3 days after the content airs.

Frndly TV is a great lifestyle-focused streaming service with the Hallmark Channel, the Weather Channel, and the Game Show Network (GSN), and about 20 other popular channels starting at $6.99/month, and offers unlimited DVR recordings.