Netflix is doing everything it can to block VPN users from streaming its American catalog. Even its own American customers. In the United States. In this article, we show you how to get the American Netflix on Macs and MacBooks from outside the United States.

“In coming weeks, those using proxies and unblockers will only be able to access the service in the country where they currently are.” With those words, Netflix executives sent a chill through the hearts of paying Netflix customers around the world.

These customers had relied on virtual private network software to access the huge catalog of movies and TV shows in the American Netflix while outside the country. All of a sudden that VPN technology had stopped working. This guide will help you understand:

This guide will help you understand:

Along the way, we’ll introduce you to ExpressVPN, one of the virtual private network services whose technology gets around those barriers.

How to Get  American Netflix On Macs and Macbooks 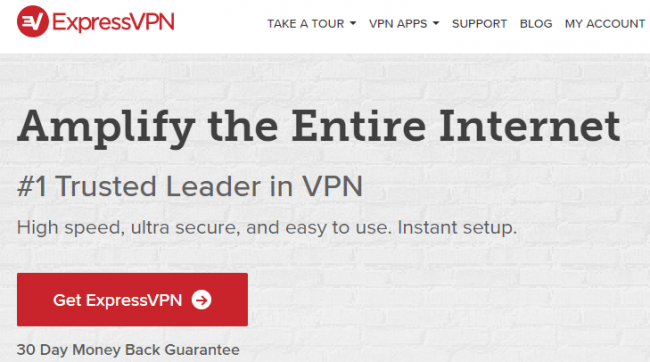 There are many VPN companies out there and many good ones, but few have the global resources that ExpressVPN offers. Flixed recommends ExpressVPN for people traveling, working, and living overseas because of its global presence, high performance, and value.

ExpressVPN has been around for more than a decade – an eternity in internet years. It helped pioneer the personal VPN industry and has developed the global resources to provide best-in-class service.

It has server operations in 94 countries that host more than 2,000 servers. ExpressVPN has centers in multiple American cities, giving international users plenty of options for getting an American connection.

Those resources also make it difficult for geofencing companies like Netflix to spot an ExpressVPN connection. Its customers connect through one of more than eighty thousand internet addresses. If Netflix blocks any one of those addresses, ExpressVPN customers simply switch to a different one.

Since the company operates so many servers it can balance the demand from its customers. That keeps congestion low and bandwidth speeds high so you can watch streaming video without dropping to a lower resolution or dropping your connection altogether.

Getting started with ExpressVPN is very easy with a $13 month-to-month plan.  If you will be traveling for extended periods or living outside the United States, then the semi-annual and annual plans may make more sense – especially with their substantial discounts. Whichever plan is right for you, a 30-day money-back guarantee gives you the time you need to try ExpressVPN out before committing.

Next, simply launch the installer. 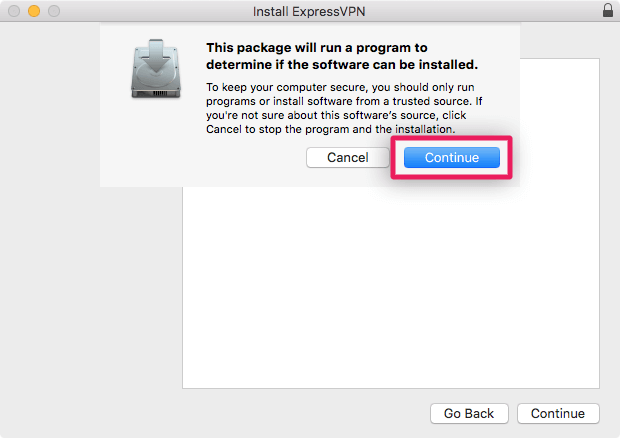 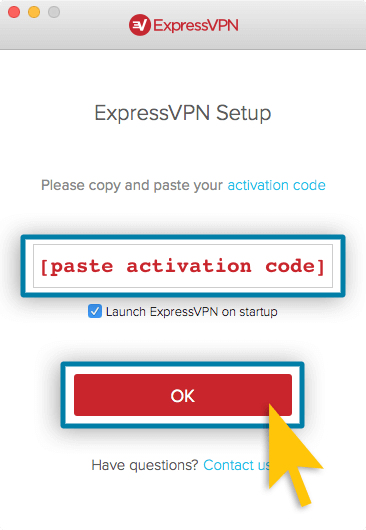 You can pick from ExpressVPN’s roster of servers around the world. The setup site has detailed instructions for setting up the various tunneling protocols and getting the most out of ExpressVPN’s services.

So What Is A VPN Anyway?

What does a virtual private network do that makes it so useful (and not just for Netflix)? The software gives you privacy and security when you use the internet thanks to some key technologies inside its engine.

When you launch the VPN software on your Mac, it creates a connection to the VPN company’s servers. What makes that connection special is that nobody can link you to the websites you visit.

The software also uses military-grade encryption technology to scramble your data so much that anyone who hacks into it won’t have a chance of putting it back together again.

Finally, the servers that you connect to at the VPN companies could be in another city or even another country. The combination of tunneling, encryption, and a global server footprint delivers all sorts of benefits to people concerned about privacy and security.

It also let you get the American Netflix catalog from outside the country — at least it did until 2016. Instead of connecting to one of the VPN company’s local servers, you could tell your VPN software to connect to a server in the United States.

For all intents and purposes, you would be surfing the web from the US even if you were a world away. Netflix would see that US connection and serve up the stream from its US catalog.

How does Netflix block VPNs?

Not every VPN company has the resources to play this game of hide-and-seek with Netflix which has left many legitimate Netflix customers cut off from the service they paid for.

You might have noticed that those quotes from the Netflix press release didn’t mention VPNs at all. It only talked about “unblockers”, but they are the same thing. Looking at the chart above offers one reason for using one word instead of the other. It compares Google search volume for the word “unblocker” to search volume for “VPN”. Because Netflix used a more obscure word, much of the mainstream media’s reporting talked about unblockers.

Why Get American Netflix?

Related: How to Stop Netflix Throttling in 2017 – Everything You Need to Know

Americans expect to get everything in the Netflix catalog when they pay their monthly subscription. And they do – unless they leave the country. When Americans log into Netflix from overseas, they get the version of Netflix that is local to the country they’re physically located in.

Maybe you can put up with that during a week-long vacation, but many Americans work overseas or are in military service around the world. Having access to the American Netflix catalog they pay for every month keeps them connected with home.

When people in Europe pay their monthly Netflix subscription, they expect to get the full Netflix catalog just like their American brothers and sisters. But they don’t. Not by a long shot. The video catalogs in many countries are a fraction of what people get in the United States.

Related: How to Get American Netflix in Canada

The folks at Cordcutting.com did some number crunching to measure each country’s Netflix catalog. The United States had the most at the time with 5,087. By comparison, 77% of countries have catalogs less than half the size of the American catalog.

South African entrepreneur Steven Cohen explained how unfair Netflix is in an interview with TechCentral. “Netflix is charging South Africans the same price in US dollars to access 740 titles compared to the US catalogue….”. It’s that fairness issue that drives many of Netflix’s customers around the world to access the American catalog through VPNs.

Netflix’s decision to block VPN users has also blocked people who use VPNs every day in the United States. Surfing the web from a coffee shop or airport hotspot is not very secure. Anyone with the right tools can hack into your connection to get passwords and other personal data. Business travelers and anyone concerned with data security use VPNs whenever they connect to the internet on the road.

The trouble is, Netflix can’t tell the difference between somebody in Shanghai accessing the American Netflix catalog through a VPN and somebody in Des Moines doing the same thing. The only option it has is to impose a one-size-fits-all ban on VPN access and cut off its American customers in the United States.

Why Does Netflix Block?

So if everyone is paying Netflix the same monthly rate, why can’t they get the same content? Why put everyone in a situation where they have to use a VPN just to get a decent selection of movies? Just follow the money.

The studios said so

The movie industry has an intricate distribution system that dictates when movies get released in theaters, when they reach cable, how soon you can buy them, when you can rent them, and when you can stream them. People make money at each step in the chain. It’s in the studios’ best interest to protect the way things work.

Netflix signs contracts with the studios that restrict which movies it can stream and in which countries. In order to enforce those restrictions, Netflix has always stopped people living in other countries from using its American catalog. IP filtering, for example, lets Netflix look at the internet addresses that identify where people are connected to the internet, and cut them off.

Variety speculated that studios’ demands to keep this geofencing in place drove Netflix to block VPNs and “indicates that it’s responding to studio and content partners concerned that viewership of movies and shows via Netflix from non-licensed territories will impinge their other distribution deals in those areas.”

Read between the lines in the VPN-blocking announcement and you’ll see that Netflix isn’t really happy about the situation. The first sentence makes it clear what Netflix’s ideal vision for the world would be: “If all of our content were globally available, there wouldn’t be a reason for members to use proxies or “unblockers” … but we have a ways to go before we can offer people the same films and TV series everywhere.”

This is one of the reasons Netflix funds its own movie and TV productions. Variety reported that a $6 billion budget will let Netflix double its original content this year alone. Netflix has already announced plans to spend more than $1.7 billion to develop original content in Europe as well as to launch fifty new productions in Latin America.

Netflix Originals could give the company more leverage as it negotiates the ability to stream programming globally. In the meantime, a VPN is the only way Netflix customers have to stream from the American catalog.

See What You Could Be Watching

Adam Sandler fans can’t watch The Waterboy outside the United States or the Iberian Peninsula, according to FlixSearch. Anger Management is only available in the US and thirteen other countries.

You can only watch Police Academy if you’re in the US, Sweden, Finland, or American Samoa.

Bad Santa 2 fans are out of luck unless they live in the United States or American Samoa.

Netflix has a good selection from the Nicholas Cage oeuvre – in the United States. Nest: American Samoa, Spain, Andorra, Luxembourg. Stolen: only if you live on an island in the Caribbean or South Pacific. Snake Eyes: USA only.

The list goes on. The unfair difference between the size of the American Netflix catalog and the catalogs in other countries leads many Netflix customers to use VPNs. Americans living overseas just want the same service they get at home. People in the United States who rely on VPNs for secure connections to the internet still want to watch movies.

But under pressure from the studios, Netflix must block all of its customers from using its American service through VPNs. That makes services like that can stay ahead of the Netflix blocks, like ExpressVPN, even more popular.