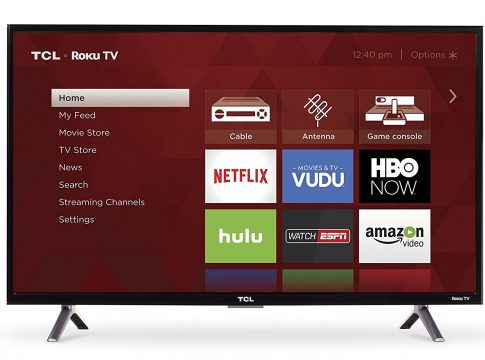 Black Friday is coming and Amazon already has early deals for cord cutters. Read on to get quick pros and cons for all the cord cutter gear that’s on sale this Black Friday. 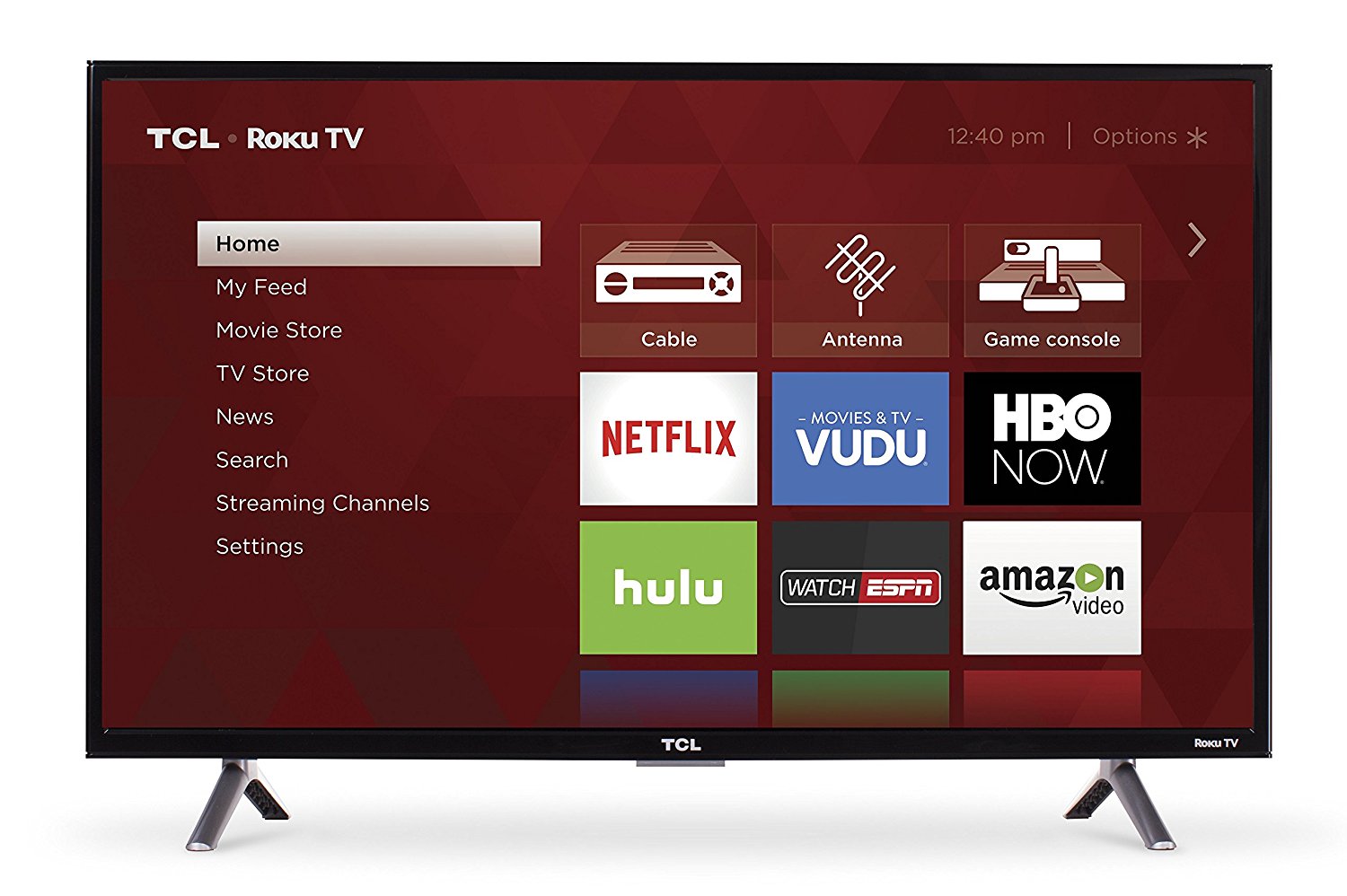 Cut the cord with ease

This little smart TV from Roku makes it super easy to leave your cable provider in the dust and watch cable TV via the web. DirecTV Now, Sling TV and fuboTV all have Roku apps that let you watch live cable TV channels over the internet for a fraction of the cost of what you’re paying now if you still have a traditional cable plan. When you’re in the mood watch a movie, you can quickly pull up Netflix, Hulu or any other on-demand streaming service from the Roku store.

The 32 inch version of Roku TV is super cheap but it’s also a bit small and the 720p resolution puts it at the low end of the high definition spectrum. However, if you’re in the market for a medium sized bedroom TV that can connect to the web, it’s a pretty sweet deal.

Plug in and go

Roku Premiere+ lets you convert your living room TV into a smart TV. Once you plug it into your TV and punch in your WiFi password, you can say goodbye to your cable company and sign up with DirecTV Now, Sling TV, fuboTV or any other internet-based cable replacement service that works with Roku. Cable replacement apps let you continue watching your favorite TV channels for a fraction of what you’re paying for cable now.

Roku Premiere+ was the top-of-the-line Roku device last year, and this Black Friday you can get it for nearly half the price. Because Roku Premiere+ can handle any resolution up to 4K, it allows you to get the best quality internet video possible on any high-end  “dumb” TV.

The remote has a headphone jack

Here’s one of the coolest things about Roku Premiere+: its remote control has a headphone jack. If you have a kid that likes to watch the same Disney film over and over again, this feature may just save you from slowly losing your mind.

Because Roku Premiere+ doesn’t come with an HDMI cable, you’ll need to purchase one separately if you don’t have any spares.

Like Roku Premiere+, Amazon Fire TV Stick allows you turn any ordinary TV into a smart TV that can run apps. With Echo, you can use vocal commands to control your Fire TV Stick.

The main advantage that Amazon Fire TV Stick has over Roku seems to be native support for Amazon Echo. There are a few 3rd party Alexa skills that allow you to control Roku, but they don’t have very good ratings.

How well does Echo actually work with Fire TV Stick?

Echo does a good job of picking up voice commands from far away and even understands what you’re saying when a movie is playing. Despite this, you do have to wait a split second before Echo responds to your command.

Amazon’s app ecosystem is very similar to Roku’s.  All the major cable replacement services (DirecTV Now, Sling TV, fuboTV and others) have apps for both Amazon and Roku devices.

How to Find More Black Friday Discounts and Deals on Amazon

If you have an eye on cord cutting gear and you think the price will drop, you don’t have to stay glued to your computer screen – just use the Amazon app to keep track of price changes. If a lightning deal pops up, you’ll get a notification on your phone.

This year if you use voice search to find deals with Amazon Alexa, you’ll be able to find take advantage of Black Friday discounts several hours before they appear on the Amazon site.

“Customers who voice shop with Alexa will get an exclusive shopping window several hours earlier than the general public with access to some of the best deals starting at 5pm PT, Wednesday, Nov. 22.” – Amazon Black Friday press release

We’ll be scouring Amazon for the best offers on cord-cutter gear as Christmas approaches. Join our mailing list and we’ll send you all the best discounts and deals.