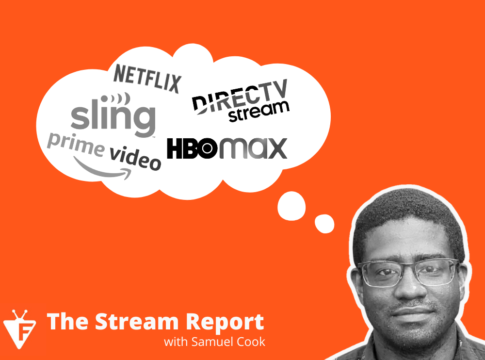 Last week at Vox Media’s 2022 Code Conference, former Disney CEO Bob Iger made the bold claim that not only does linear TV has its gravestone already prepared, but the streaming market is going to get much thinner in the future. He didn’t go so far as to pick many winners and losers (except some of the obvious players, like Disney+, Netflix, and Amazon Prime Video), but that brings us to one of our favorite topics: What services might see the chopping block?

(Fair warning, this is not entirely scientific, but don’t write any of these off!)

Winners and losers in the streaming wars

This is often an exercise that we like to do at the end of the year as an exercise for the coming year. But since someone with a name recognition as strong as Bob Iger decided to play that game in the later part of Q3, we’ll play along as well.

What streaming services will survive into 2023?

Let’s start with the easiest list to complete. Which streaming services are still going to be around in 2023?

The revenue it generates from those 220 million subscribers varies dramatically by region, but my friend Rebecca Moody at Comparitech regularly updates data on regional Netflix library sizes and costs, so you can see for yourself just how much value the service is getting out of each region. It’s safe to say, the company is still generating massive profits with its continued price increases.

We’re not touching the Lord of the Rings: Rings of Power third rail this week (but we may eventually address that elephant in the room). For now, let’s just say that Prime Video continues to be a powerhouse. Our own research from 2020 showed critics and audiences tended to favorably view Prime Video’s content.

That’s no surprise, given Amazon’s ability to pay the big bucks for both IPs and acting talent. And given Amazon includes Prime Video as part of an inclusive Prime account in several regions, it can continue to pad its subscription numbers and convince people to use the service via the age-old logic of “you’re already paying for it anyway”.

Bob Iger had no choice but to say Disney+. Even then, Disney+ has so far proven its staying power. The company is leveraging its massive library of powerhouse IPs to great effect. Going all-in on Marvel and tying that content into the movies is a smart move, despite how annoying it is for those of us who are fans to have to sit through hours of content we may or may not enjoy to continue being invested.

But that’s what they’re counting on, right? The company’s up to 154 million subscribers as of August 2022. Given how long it took Netflix to reach that point, it’s safe to say the House of Mouse isn’t playing around here.

I wrote this one off years ago when it launched, and I will admit that I was wrong. Apple TV+ is now pretty solid. The company had nothing going for it in the early days, especially after the controversy of not being able to land any licensed content.

I’d say a streaming service launching with pretty much no content and having to build out original content from scratch would make it a tough sell for buyers, which is why Apple was basically giving the service away for free for the first few years. What I didn’t account for was Apple’s commitment to the project and its huge bank account. The company has pulled itself up by its bootstraps and is now a major contender and a future force to be reckoned with.

What streaming services will shut down in 2023?

It’s much easier to predict who will stay versus who won’t. But here are some ideas, based purely on subscriber numbers or lack of wider interest. I certainly hope these are wrong, as I rarely want to see a service fail (except maybe Quibi).

Peacock doesn’t make many headlines, except for somewhat negative ones. The service only has 13 million paid subscribers, out of 28 million users. Because it has a free, ad-supported tier, it appears most people are just opting for the free option. That’s not good for the company, as its losses have now reached $467 million. Ouch.

I’ll list Sling TV, with the caveat that I don’t want to count this scrappy low-cost service out just yet. Its fate is somewhat intricately tied to the general market for live TV, which isn’t great. Sling TV has survived for years doing what it’s doing, and doing it well. Still, it continues to report lower subscriber numbers. At some point, something’s going to give, which could be Dish Network selling off Sling TV to one of the service’s larger competitors, like Google (which owns YouTube TV and which purchased PlayStation Vue in 2019).

DAZN remains a great idea, but its lack of mainstream sports beyond boxing in the US is a problem. The company’s inability to secure broadcast rights for mainstream sports in the US has likely been a thorn in its side and been one of the reasons it continues to struggle for wider acceptance. The company recorded a $1.3 billion loss earlier this year. There’s no way around it, that’s massive. And it spells trouble for the company. It either needs to find a way to generate massive revenue or get sold.

The two factors that will impact everything: subscribers and profit generation

The economics of streaming services come down to two big ideas:

Companies with multiple revenue sources can more easily prop up their streaming services until those services start to generate a profit. That’s why Prime Video, Netflix, Disney+ and Apple TV+ are proving to have staying power. Those companies can invest in the resources needed to keep their services alive. For its part, because Netflix came to market before there even was a market it dominated long enough to sustain much slower growth.

The number of subscribers isn’t everything, however. Profit depends on a large number of factors, particularly the amount of revenue the company is generating per subscriber. As the market thins out (which is to be expected in an oversaturated market), prices will continue to increase. Those companies that can survive will be able to extract higher profits with fewer subscribers, balancing out the subscriber losses they’ll see.

It’s why Netflix’s subscriber losses are bad, but not devastating. And why services that are already on the lower end of the cost spectrum may have already shot themselves in the foot with thin profit margins. Nobody predicted such a dramatic shift in viewing trends imparted by COVID-19 or the inflationary effects of the past few years.

Nevertheless, we’re not in a market that’s easily survivable for services that have neither the subscribers, cost structure, reserve funds, or consumer interest to easily survive much longer.